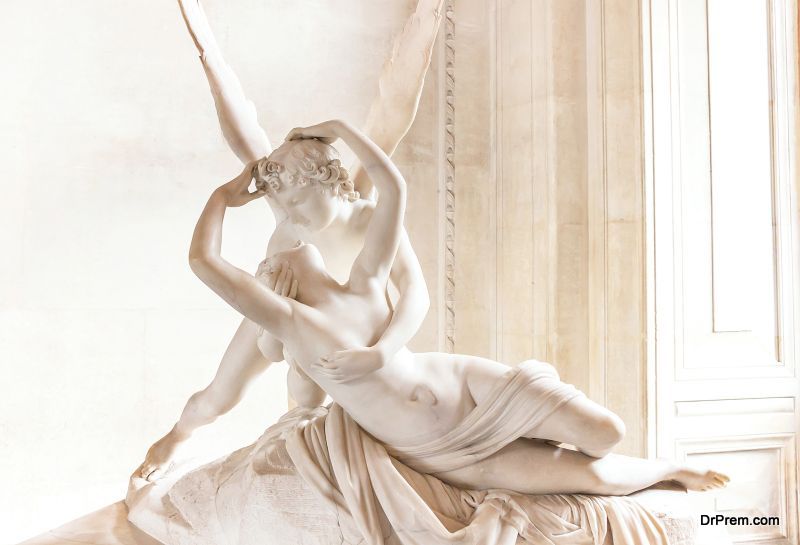 15 Treasures at the Louvre That Aren’t the Mona Lisa

Nestled in Paris, France, The Louvre is the worlds largest and the most-visited museum. The majority of the visitors there line up to see the Mona Lisa and skip out on a number of other masterpieces in the museum. However, the Louvre Museum is not just only about Mona Lisa but a plethora of other marvels that are usually underrated. Following are such 18 treasures in the museum that you should not miss.

The Raft of Medusa

The Raft of Medusa is an oil painting of 1818–1819 by the French Romantic painter and lithographer Théodore Géricault. Completed at the age of 27 by the artist, the painting emerged as an icon of French Romanticism. It depicts the after-effects of a wreck of the French naval frigate Méduse.

The gallery contains a collection of 24 paintings, originally housed in the Luxembourg Palace, the house of French queen Marie de Médicis. Painted by Rubens, the paintings tell stories of Marie de’ Medici’s marriage to the time when she handed the kingdom over to her son.

The Arts of Islam gallery at the Louvre’s can offer you an amazing insight into the world’s most comprehensive Islamic art collection that it displays.

It is a Paul Deleroche’s painting depicting a drowned woman, inspired by the death of the artist’s wife.

Venus and the Three Graces fresco

With high vaulted ceilings with painted decorations, the Apollo Gallery is an impressive part of the Louvre. The spacious and bright gallery houses paintings, sculptures, and tapestries. A number of items from the treasury of the French monarchy on display make the Apollo Gallery so particular.

Created by Michelangelo between 1513 and 1516, the Dying Slave is a 7 feet 6-1/2 inches tall marble structure in the Musée du Louvre, in Paris. Initially it was commissioned to serve with another sculpture, the Rebellious Slave, at the tomb of Pope Julius II.

The Cour Marly is a grand gallery at the Musée du Louvre. It is bright, as the glass ceiling allows natural light to come in and illuminate the many marble and bronze statues kept inside.

This 9,000 years old statue is the oldest art piece in the Louvre museum.

Finished in about 1668, the Astronomer is a painting by the Dutch painter Johannes Vermeer. Celestial globe and the book on the table show the astronomer’s profession.

This oil painting at the museum has an enduring influence and considered as one of the great portraits of the Renaissance. It depicts Baldassare Castiglione, who is an ideal example of the High Renaissance gentleman.

At the department of Egyptian Antiquities at the Louvre, there is an impressive 3,300 years old statue of Akhenaten.

This classical sculpture is a masterpiece created by Antonio Canova.

Carved from a single block of stone, the five-legged human-headed winged bulls are worth a watch in the Mesopotamian Antiquities wing of the Louvre.

Written in cuneiform, the code of Hammurabi is the world’s oldest code of laws that is there in the Louvre.

The Louvre Museum is one of the most visited museums across the globe. There is no doubt that it is predominantly popular for the Mona Lisa, but there is a lot more to it.

9 Most Amazing Cultural Treasures That Are a Must See