Italy boasts of a number of UNESCO World Heritage Sites and much more than any other country in the world. It only points out to the rich heritage of art, architecture, and culture that lies within its borders. Aside from having the maximum number of UNESCO World Heritage Sites, Italy also has the largest number of cultural sites. The selection criterion demands the site or artifact to be a masterpiece of human creative genius is unique and if it exhibits an important exchange of human values. Those World Heritage Sites in Italy are a stunning example of architectural wonders and illustrate important stages in human history.

It is time to explore those World Heritage Sites and step back into the history. All you need to do is make your booking for your trip and lodgings in Italy. As for the rentals in Italy, you will get some of the best options and can explore those sites at your pace and convenience. The best part is that those rentals are very economical.

Here are some of the leading UNESCO World Heritage sites in Italy. 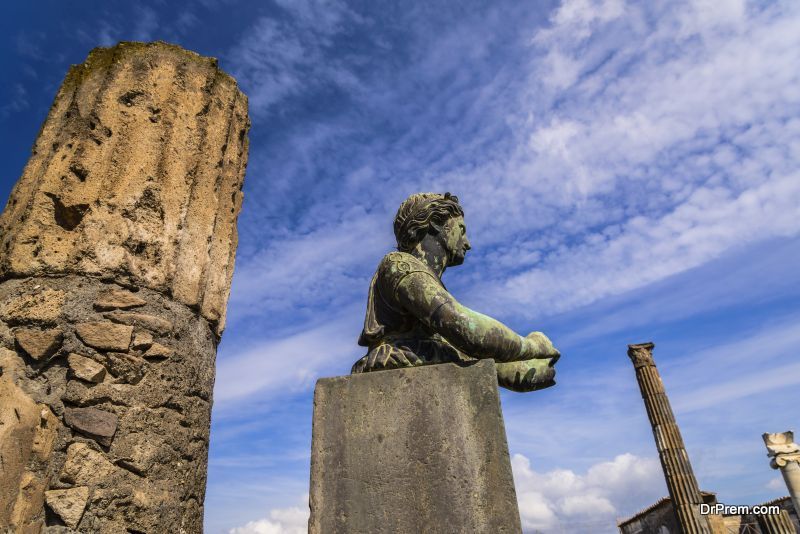 Archaeological Areas of Pompei, Herculaneum and Torre Annunziata qualified as UNESCO World Heritage site. This is because the two prosperous towns of Pompei and Herculaneum were buried under the ashes when Vesuvius erupted in AD 79. The sites containing the vast expanse of the commercial towns were gradually excavated. The ruins of the ancient Roman cities offer an unparalleled window into the wealthy lifestyle enjoyed by the citizens of the Early Roman Empire. Excavations reveal that several different populations dominated the cities of Pompei, Herculaneum and Torre Annunziata. Pompei was partially destroyed while Herculaneum disappeared completely under the flood of volcanic mud.

Florence, the symbol of the Renaissance, is built on the site of an Etruscan settlement. During the 15th and 16th centuries, the city rose to economic and cultural pre-eminence. It underwent six centuries of extraordinary artistic activity, and this is why it is an important World Heritage site today. The Historic Centre of Florence became the world leading in the arts and trade from the 14th to the 17th century. Florence is sure to impress you with its beauty and invaluable collection of paintings, sculptures and some great masterpieces of art.

Some of the major attractions include Piazza Duomo, Ponte Vecchio, Piazza della Signoria, Piazza Duomo and the gallery of Uffizi. It is also a paradise for shopping freaks who would love exploring the beautiful local stores and prestigious boutiques. The story of Florence is best told via artistic and literary masterpieces from renewed artists such as Michelangelo Buonarroti, Boccaccio, Brunelleschi and Leonardo Da Vinci. Florence is an ancient city that is known for its good taste in food and wine as well as music, concerts, and sports. 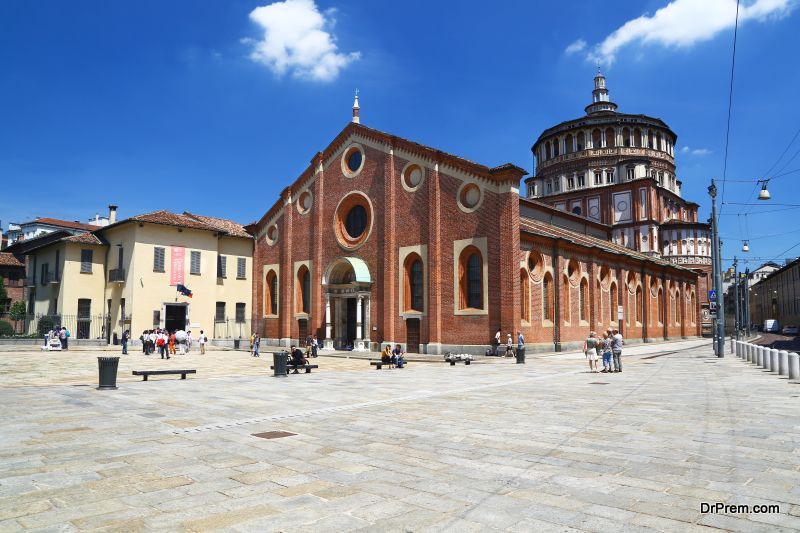 Convent of Santa Maria delle Grazie makes for an impressive architectural complex. The construction of the complex begun in 1463 and went on until the end of the 15th century. You just have to see the unrivaled masterpiece- The Last Supper painted by Leonardo da Vinci between 1495 and 1497 is indeed a Renaissance ensemble in Milan that covers the back wall of the monastery dining hall. The Church is an important testimony of Renaissance art as well as the symbol of creative human genius. The sophisticated architecture of the church and Da Vinci’s The Last Supper are just perfect symbols of Renaissance Milan. They mark the start of a new era in European art history. Seven square chapels along the sides of the Church are dedicated to the Virgin of Graces. The most powerful clans of Milan demanded patronage of the chapels and the right to bury their loved ones in them.

The two huge Etruscan cemeteries display different types of burial practices that were followed from the 9th to the 1st century BC. They are a witness to the attainments of Etruscan culture that progressed from the earliest urban civilization over nine centuries in the northern Mediterranean. The grand tombs cut in rocks are topped by impressive tumuli, and their walls are covered with several features and outstanding paintings. In Banditaccia, the necropolis near Cerveteri, one will come across thousands of tombs that are organized in a city-like plan and carry streets and neighborhoods. These cemeteries are only surviving evidences of Etruscan residential architecture. The necropolis of Tarquinia, well known as Monterozzi carries more than 000 graves cut in the rock, and its 200 painted tombs that date back to 7th century BC.

The site in Tuscany is made of twelve villas and two gardens that are spread across the massive landscape. The villas and gardens built between the 15th and 17th centuries show the influence of the Medici family over modern European culture and their patronage of the arts. The sites are a representation of an innovative system of construction that was made in perfect harmony with nature. The gardens and villas are dedicated to leisure, arts and knowledge, and embody an innovative form and function. The rich Florentines of the period and the military might of baronial castles certainly differed from these villas and gardens, which are the first example of the link between gardens, architecture and the environment. The princely residences throughout Italy readily adopted the themes embraced by these vials and gardens.