Imagine yourself standing near an icy lake, gazing at the serenely peaceful inky black sky. Suddenly a flash of green light appears in the sky bouncing and swaying as if to the tune of some celestial music. How enchanting that would be! This is the Aurora Borealis or the Northern Lights that light up the sky in the northern hemisphere. The less accessible counterpart of Aurora Borealis is the Aurora Australis or the Southern Lights that appear in the southern hemisphere.

Formed due to highly charged particles escaping from the sun’s surface and colliding with earth’s atmosphere, these lights manifest themselves either as a static band of light or as a dancing curtain of different colors across the sky. But where can you witness such enthralling cosmic light-show?

We have listed some of the best places in the northern hemisphere where you can see the Aurora Borealis. 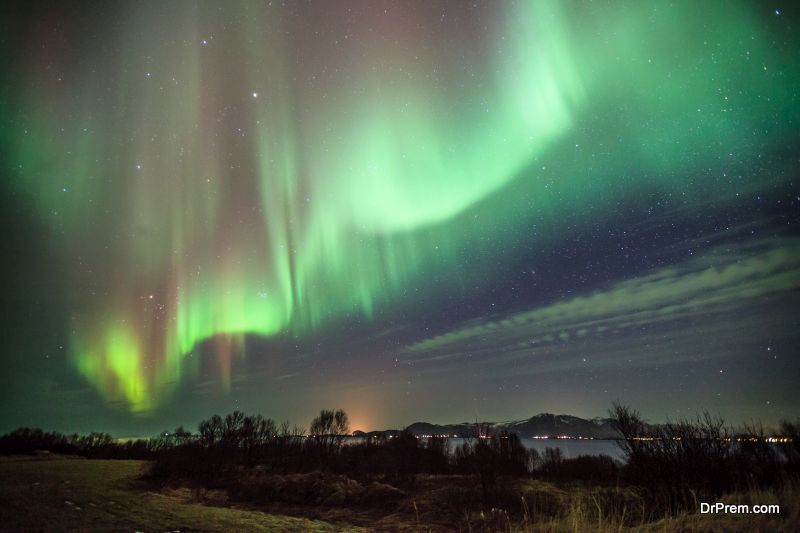 One of the most popular places for seeing the Northern lights, Kakslauttanen in Finland is also known for its glass-ceilinged igloos. Also, Rovaniemi in Finland’s Lapland region is very near to the national parks wherein you can spot the lights surrounded by snow-covered trees called Tykky sculptures.

Another very popular destination amongst travelers not just for seeing the northern lights but also for experiencing natural diversity at its best with glaciers, volcanoes, and massive waterfalls. Kirkjufell Mountain and the area around the suburbs of Reykjavik are popular viewing spots.

The list of places to see the celestial lights in Iceland is quite long. Head this way for notable northern lights viewing spots in Iceland, compelling you to go out there, explore, and enjoy the scenery, the Northern lights and all. Dress warm, and always take your camera with you.

Alaska is famous for its breath-taking natural beauty with 15000 national parks, around 100,000 glaciers and the tallest mountain range in North America. Add to this the allure of viewing the Northern lights in Fairbanks city and Alaska becomes one of the must-visit places on this planet. 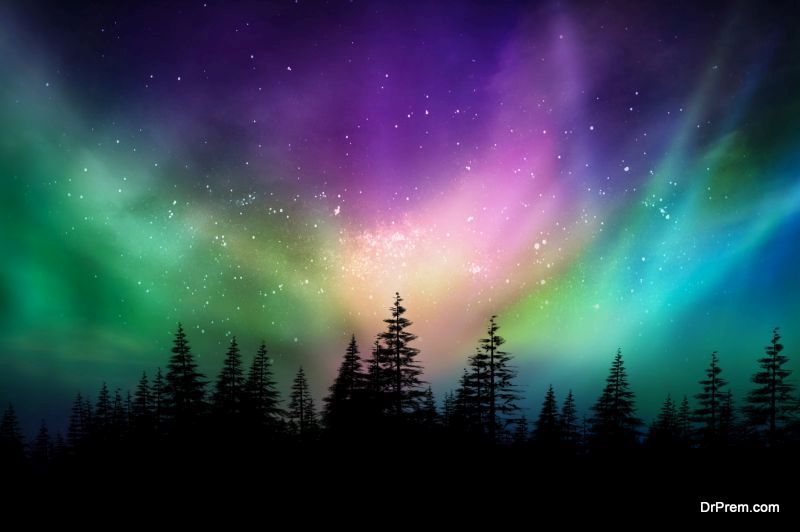 The Yellowknife city in the Northwest Territories of Canada is situated near the shoreline of the Great Slave Lake. This place has its very own Aurora village. This city offers one of the best vantage points for viewing the Aurora due to its high latitude and low light pollution. It has special activities to encourage and facilitate northern lights tourism. 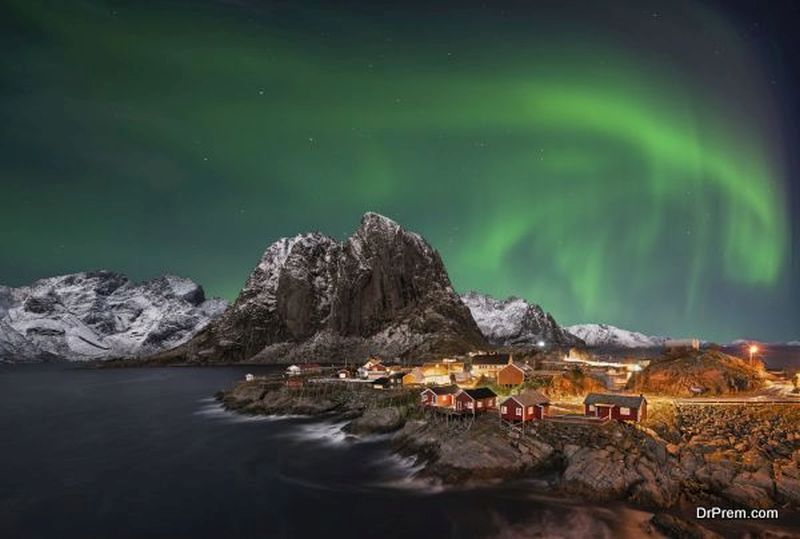 Famous for its lively night scene, local food and centuries-old wooden houses Tromsø is the second largest city of Norway. Marked by extreme light variations, it is the city where the sun doesn’t rise at all. This happens during the Polar Night period from November to January. And then again, it doesn’t set from May through July – the period of Midnight Sun. Fascinating, isn’t it? And then there is the aurora itself. A trip to Tromsø will surely leave you with a life-altering experience! 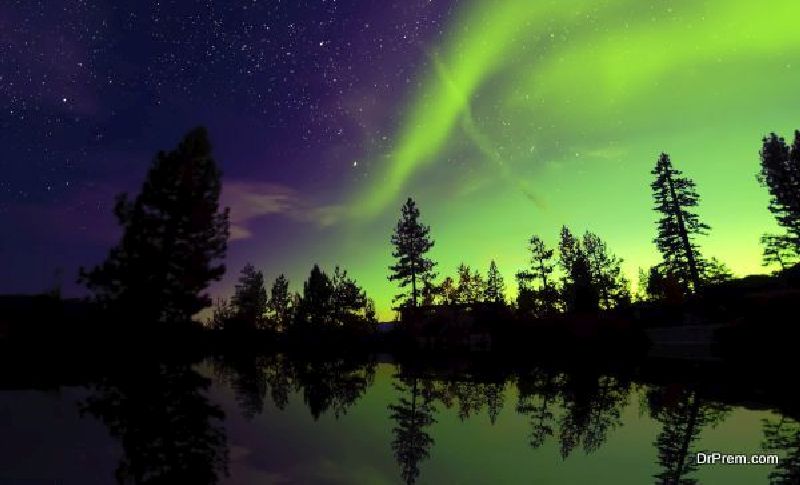 Sweden is another famous spot for searching for Northern Lights and experiencing natural beauty at its best. Jukkasjärvi, the northern-most town of Kiruna is known for its man-made wonder – the ICEHOTEL. Kiruna also has the Abisko National Park and quite a good number of reindeers.

Before we end the list here, a general word of advice that’s applicable for all these places – when forking for the captivating Aurora Borealis, make sure that you station yourself as much farther away from city/town lights as possible as it will double your chances of spotting the faintest trace of the Northern Lights.