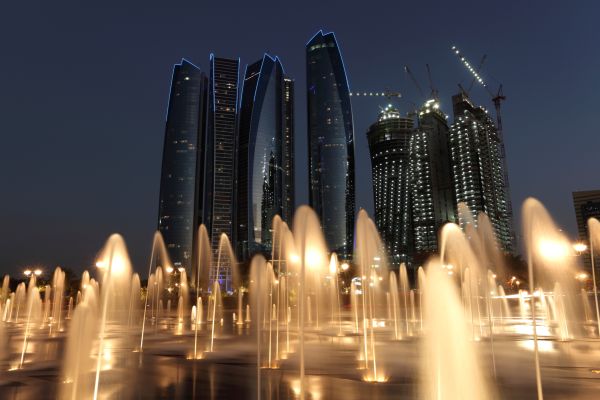 Abu Dhabi, the second largest city and the capital of United Arab Emirates (UAE) lies on an island crossing over Persian Gulf. Today, Abu Dhabi is a renowned political, industrial and cultural center of the UAE. It is among the major commercial hubs of the UAE. Every year this great city hosts The Abu Dhabi Festival since 2004 and it is among the popular events of UAE. Host of the event is Dhabi Music & Arts Foundation.

The event witnesses some of the greatest performances by some of the best artists and musicians. The main idea of the event is to bring together a mix of art and culture so as to establish Abu Dhabi as a center of tolerance and respect. Some great performers, artists, musicians come under one roof to please their audience and spread a charm and aura all across the globe.

The event is a perfect example of Abu Dhabi being the future hub of all art and cultural activities that involves diversified performers coming from all over the world. The Festival evening started with a phenomenal performance of unusual orchestra by Czech Philharmonic. The frenetic chords along with flowing string movements took the whole audience in a completely different world.

After that, audiences witnessed the performance of one of the most famous opera singers, Bryn Terfel. The magnitude of his voice was so great that everyone in the audience felt him. After this great performance, the next part of the evening began with one of the most famous industrial composition of Richard Wagner. The famous violinist Joshua Bell who performed one of his masterpieces accompanied this performance.  The tone of his violin was so overwhelming that it seemed like an Impossible Dream. Some other extraordinary performances of the festival were:

In this, the Director Bill Buckhurst removed the action from the play and transformed it into a ball where lovers meet, and hosts a fancy-dress party. I don’t think you have ever witnessed Scooby Doo, Batman, and Elvis dancing on a work of Shakespeare.

This legend gave music performances a new height and forced the audience to go in a world of dreams and imagine with such powerful resonance where everybody was in solitude.

The Mariinsky is perhaps the most popular classical ballet that danced with so much charm, with their arm movements like the flow of water. They created such an aura that even Death looked so beautiful.

Only grown-ups can’t steal the evening. The Emirates Youth Symphony performed with so much thunder and dedication that it was simply breath taking.

With shirt out, floppy hair and jig movement on the balls, the Violinist Joshua Bell gave the audience a sizzling performance, showed his magic of speedy fingers. His speedy fingers didn’t give us a chance to even blink our eyes.

The lead vocalists brought tremendous energy to the performance of Lebanese Brother’s classic tunes. Even the audience could not resist themselves by singing along them and tapping.

Some masterstrokes that created a memorable ending to this year’s festival were opera celebrities Bryn Terfel and Victoria Yastrebova. The main highlight of the night was the deep performance by Richard Wagner. The Festival’s curtain fall with a Gala Show and with this, the world witnessed another year with some great cultural and artistic performances.

One thing that you can surely say, by seeing the great artists and musicians at the Abu Dhabi Festival, is that you can never judge how good you are unless you show your talent to world.