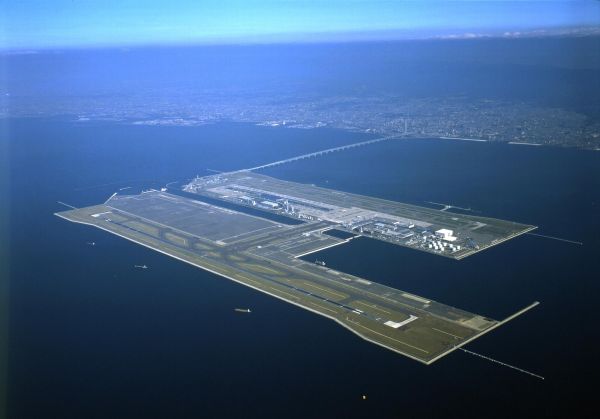 Airports around the world that have fascinatingly bizarre features

The job of pilots has often been a matter of envy because of the thrill and bravado it involves. However, being a pilot is not an easy task. You must have nerves of steel for landing the plane and taking it off with ease under all circumstances. The life of hundreds of people depends on the actions of the pilots. Though they are trained and accustomed to most of the troubles of these tasks, but there are some weird airports that even the most chiseled pilots fear. These airports are either located at difficult places or else their design is simply bizarre. In the following you will find a list of some of the weirdest airports which have become tourist attractions on their own right.

Located just by the side of the ocean, the 1300 foot long Juancho E, Yrausquin Airport is one of the most dangerous airports around the world. This airport’s runway is surrounded by cliffs. The slope on one side merges into the ocean almost seamlessly. Not many tourists have the guts to visit this island where the extremely danger prone airport is located. Incorrect judgment of the pilot can kill all the passengers within minutes.

Courchevel is a very well known skiing town high up in the Alps of France. To facilitate the arrival of tourists they have built an airport at the height of 6000 feet. The length of the tarmac is just 1700 feet. The tarmac is the airport and there is nothing much beyond it for the tourists. The runway goes upwards and then downwards due to the strange shape of the slope.

We all know about land space scarcity in Japan and this problem was the main reason behind the origination of the Kansai International Airport. It is located 3 miles off the bay of Osaka in Japan. The engineers have made the artificial island and airport with many different problems like terrorist attacks, earthquakes and cyclones. However, they have failed to secure it against the rising sea levels and global warming.

This one is a magnificent yet weird beach runway. The tarmac has been built on the beach and the aircrafts have to land on the sand. However, the landing times vary everyday because the water of the tide washes the runway clean daily.

Despite of its dangerous location, the Agatti Airport gets good inbound and outbound traffic regularly. The reason behind this is that it is the only airport of Lakshadweep, an island off the western coast of mainland India. The airport runway is surrounded by the Indian Ocean and it is 4,000 feet long.

This one is a really dangerous and bizarre airport in New Zealand. The reason behind its weirdness is a rail line that passes directly through the middle of the runway. Palmerton North to Gisborne Railway goes through the airport tarmac making it extremely difficult for the aircrafts to take off.

The Gibraltar Airport is even weirder. The main corridor of this airport passes right through a busy main road. Though it is strange and bothersome, the Gibraltar airport gets great number of flights every day. The traffic of the street is halted for letting a plane land or take off. The surprising fact is that there have not been any accidents so far.

Air traffic is a necessity for the world today, but many location do not have an ideal setting for airports. These regions often have cleverly made airports that show some weird features and can be quite dangerous to maneuvering an aircraft.