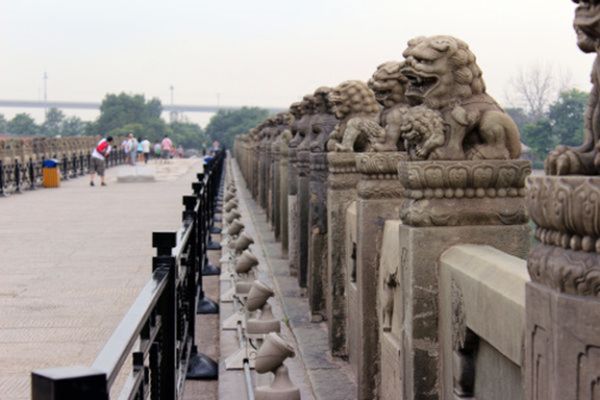 Mid-Autumn is one of the most important traditional Chinese festivals, which falls on the 15th day of the eighth lunar month, usually in the month of September. It is also called as the “Festival of Reunion” because the full bright moon on that night tends to inspire anticipation of people for a family reunion.

The main activities on this festival are appreciating the full moon and eating the moon cakes. Besides eating moon cakes, enjoying full moon with your family and friends is also important and if you want to enjoy this festival in a different and interesting way.  Traveling to different destinations in the Beijing is the best way to enjoy this traditional festival. Here we have a list of top 5 destinations for Mid-Autumn festival in Beijing:

It was built in September1957, and was the first of its kind in the country. It is situated at the Xizhimenwai Avenue of Beijing and it is a national-level natural science museum. There are two astronomical observatories in the courtyard; one of them is equipped with a huge telescope, having the diameter of 13 centimeters.  From which visitors can observe the heavenly bodies, such as planets, moon, nebulae and star clusters. In addition, watching the full moon with these telescopes is the best and an unforgettable way to enjoy the festival.

Marco Polo Bridge is also known as Lugou Bridge, which is a renowned stone bridge located 15 kilometers southwest of the Beijing City. It was originally built in 1189. The bridge is 266.5 meters long, 9.3 meters wide and supported by 281 pillars. Numerous of artistically unique stone lions from different eras line both sides of the bridge. The bridge is build of solid granite with a large central arch lined with ten smaller ones and a triangular iron pillar protects each of them, which prevent them from damage by ice and flood.

It is a super-tall skyscraper situated in the central business district of Beijing, which was completed in 2009. It is 330 meters high with 81 floors, 4 underground floors and 30 elevators in Beijing, which is the third phase of China World Trade Center Complex and the tallest among the 22 completed skyscrapers in the downtown area. This is the best place to take the bird’s eye view of the entire neon light covered city and have a closer look at the full moon on this festival.

Temple of the Moon

Temple of the moon is also known as Yuetan Park is nestled to the west of the ancient imperial city. It was build in 1530, alter was the place where the emperors of the Qing and Ming Dynasties offered sacrifice to the God of the Moon and the stars. The temple was renovated and opened to the public as a park in 1955. The park consists of two main parts that is north garden and south garden, covering the area of 8.12 hectares. Apart from beautiful flowers, visitors can experience the glimpses of Chinese history, especially the culture of Mid-autumn Day.

It is situated to the west of Badaling Great Wall, which is about 80 km and it is the largest grassland in Beijing. It is renowned nearby place to enjoy equestrian pursuits. Overnight visitors stay in the tourist yurts build on solid concrete foundations for people. You can enjoy the moonlight, moreover, you can enjoy various interacting activities, such as horse riding, camel riding, fishing, boating and skating.

Mid-autumn festival is a traditional Chinese festival. People usually enjoy full moon and eat the moon cakes and it is known as the “Festival of Reunion.”