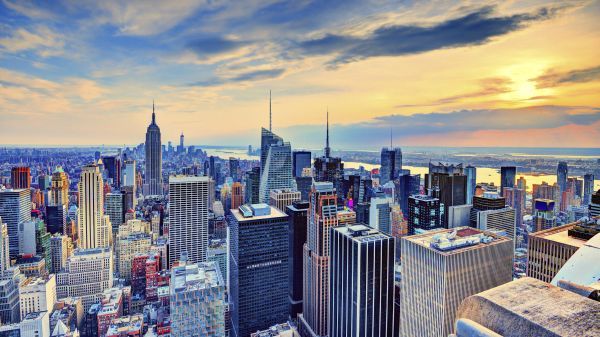 You must have visited many places that are famous for their hospitality and love but what will be the scenario if locals, cab drivers or any other person behaves rudely and act out loud to you? You surely don’t want to experience it. If you ever visit them, you will realize that bigger the city bigger will be the attitude of people. Small cities may have a slower pace, but these fast paced cities have people who tend to be direct or maybe they just can’t give you what you expect, respect. Here is the list of America’s Rudest cities that you will surely remember.

New York City famously known as “The Big Apple” has always been a fast paced city. This is one the most popular city with largest number of diverse population. According to a survey held in 2009, New York was claimed to be the rudest city in America. The “You talking to me?” attitude of this city gave this city this prestigious honor. Everybody here is in a rush so you just can’t expect the people to be polite to you. You may face different mannerisms, but that does not mean that they want to hurt you, it just come across the way. New York has always been so popular because of its flamboyant spirit.

We all know what type of image politics has. In Washington D.C. politics is getting uglier day by day. Even though this nation’s capital is a great place to visit with family, it is still getting its rude rank increasing every year. If you are visiting some high class locals then don’t expect very warm hospitality. If you are searching a place with fewer attitudes then make contacts with locals bronze or granite class. The city has always been on top for its historical monuments and museums.

Folks of Boston are often termed on top for their intelligence, but this does not hide the fact that they are just a group of smart mouths. This city is not meant to make contacts and so visitors can’t expect some great hospitality. Boston is mainly famous for its culture and festive energy.

In-spite of its beautiful landscape, Atlanta was never considered as a good option for all couples seeking some romantic escape. Atlanta is considered to be on the bottom of many charts. Some consider this place to be least attractive, in the list of top 10 wildlife places for weekend, it is at the bottom.

Baltimore, the famous Maryland city is known for its rich history and amazing classical music. Most of the tourists who visited this place find it to be a little crabby. They also felt that the city is not at all safe. This city has always been considered among the top cities that are just offbeat.

Tourists who visit Orlando always love one thing to do, return back to their hotels. Locals in Orlando are often seen snapping at visitors; maybe it’s the tourists who were waiting in long lines of theme parks. This place is suitable only for family friends, not for making just friends.

Although many tourists found these northern Californians very intimidating, but you can’t deny the fact that San Francisco is among the top cities are that most stylish, attractive and offbeat. This is an amazing place for all the foodies and it proudly boasts its eateries, restaurants and cafes. It’s all about having two different sides of the same coin; it has both positive and negative features.

Summary: We all know that everything and every place have both good and bad aspects. If you are looking only for some hospitality then these places are just not for you.