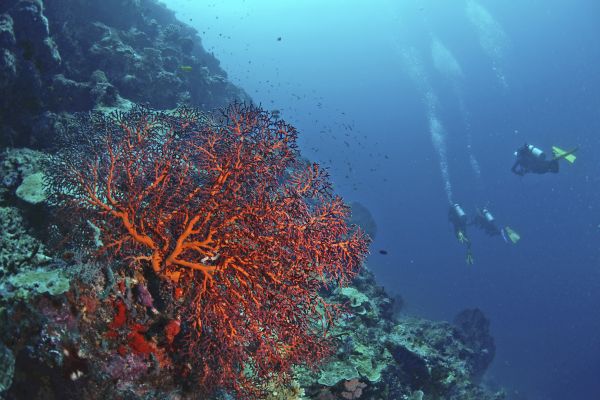 Usually, Asia is considered as a place for shopping and honeymoon. However, I suggest you to take it in a different way. Asia is also the home of some of the world’s finest and spectacular coral reefs and scuba diving places. Many of us must have heard of this term that today human knows more about moon as compared to ocean.

Here are some of the most amazing and pleasant scuba diving locations in Asia that will definitely change your perspective of deep-sea life.

This gem of Malaysia is best known for amazing underwater views. If you dive deep, you can find some old ships and a large amount of coral reefs of different colors and sizes here. If you are lucky, then you can also see some rare species of sea turtles and their hiding places.

2. Water Temperature: – The water temperature in Sipadan remains between 26 and 30 degree.

4. Best time for diving: – You can enjoy diving here throughout the year, however if you want to avoid the crowd then best months are December to mid February.

5. How to reach: – Nearest flight comes to Sabah. After that, your respective resorts will arrange the pickup and other arrangements.

6. Specialty: – Here you can find some living corals that once lived on undersea volcano. You can have a breath taking view of thousands of fish species and hundreds of coral species. You can also see a large number of sea turtles.

Mergui Archipelago is a cluster of islands in southern Burma. It consists of around 800 islands measuring from some meters to many square kilometers. These islands are also known as “Pashu Islands”, as Malay people are commonly known as “Pashu”.

2. Water Temperature: – The water temperature remains between 26 and 29 degrees throughout the year.

3. Water depth: – The depth of water rises up over 300m and you can see different types of marine life here.

5. How to reach: – If you are coming from Phuket then you can find local public transport to reach here. Immigration fee for the people coming from foreign countries is $200.

Tubbataha Reef is a national park and was declared as UNESCO World heritage site in 1993. It is among one of the finest diving locations. Among the most popular creatures sharks, reef fish and turtles can be seen gathering around you to give you an amazing experience. It also consists of extinct underwater volcanoes.

1. Visibility underwater and weather: – For best visibility you should visit somewhere between April and May. Underwater visibility is about 30 to 45 m.

4. Best time for diving: – You should visit Tubbataha Reef only between March and June, as sea remains muddy and rough during rest of the months.

If you are tired of your normal life and want to have some adventure, then do try one of the most popular water sports at these scuba diving locations. These sites will surely allow a new ecstatic experience that you will never forget.