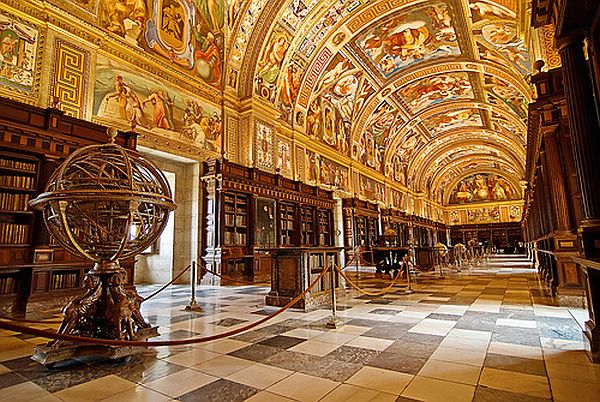 Breathtaking libraries across the globe

Libraries are storehouses of books, documents, and massive knowledge under one roof. However, there are also some libraries across the globe that is not only loaded with knowledge, but have ample beauty as well. The buildings are so grand that they are no less than statement architectural pieces. Click through to see some astonishing libraries that are so beautiful both inside out that you will hardly get time to sit and study but appreciate their beauty.

The National Library of France

The library has expended its structure in recent years and has become even more magnificent. The specialty of this library is the circular reading rooms that add elegance and uniqueness to the structure. Yet another impressive feature is the nine domes on columns that echo Ottoman architecture, and last but not the least, the chess set of King Charlemagne of 9th century makes this library even more special.

The Library of El Escorial, Spain

The location of the library is impressive in itself, as it is located in the historical residence of the king of Spain. The building has a special design like the arched ceiling. You can see marvelous frescoes painted on the vaulted ceiling. Each fresco has a unique thing to represent, which is the seven liberal arts (music, rhetoric, grammar, dialectic, geometry, astronomy, and arithmetic). If at all the enchanting interiors allow you some time, go through the humongous collection of 40,000 volumes the library holds.

The cast iron spiral stairs, chestnut and ash woods interiors, marble flooring, grand chandeliers, and innumerable stacks of books, this is what the Iowa state library looks like, which certainly is one opulent atmosphere. The overall interior decoration matches the Renaissance style, which looks remarkable.

Swedish architect Gunnar Asplund has constructed this beautiful library, which is one of his best works. The building is quite a notable structure in Stockholm, and there is one thing unique about the library. There they follow a system of open shelves, which means you do not require any library staff but can access books on your own.

Amazing things to see and do in Malta

Dog-friendly beaches from around the world