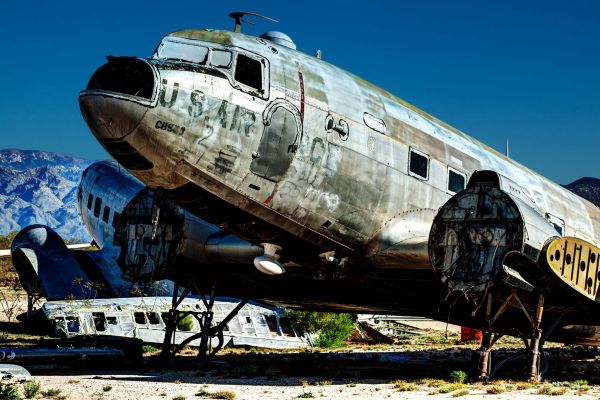 Fascinating vehicle graveyards around the world

Numerous people are so obsessed with vehicles that they like visiting car graveyards as if they are a tourist spot. Every vehicle has a certain life- span after which it has to be recycled or scrapped. There are graveyards around the world full of car and other vehicle junk. Vehicle enthusiasts go to these places to check out old car models and in search for vehicle parts that are still usable. Some vehicle cemeteries are so weird and peculiar that they have attracted the attention of tourists. They spread over vast areas. In the following, some of the most visited and fascinating vehicle graveyards are listed.

The very huge graveyard has got a vast number of cars which belong to different eras. Some say that the U-Pull-It of Harry is the biggest graveyard for vehicles in the World but the truth is that there are several vehicle graveyards like this spread across USA. The cars are placed methodically in two parallel rows throughout the graveyard. Car enthusiasts often visit this place in search of good quality car parts.

The biggest salt plain of the world named Salar de Uyuni is located in the Andes Mountain that passes through Bolivia. When the mining business flourished around 1888, railway lines were developed to service the area. In 1940s, the mines lost most of the mineral deposit and the rails became useless. As the mining business shifted from this area, the rails were left to rot. Many of the train parts were stolen but their frames still stand under the hot sun. This place might be converted to a museum soon.

Nouadhibou is considered one of the poorest nations of the world. It is also the second biggest city of Mauritania. The port of the city offers wonderful protection and security to the ships. However, from the 1980s the mariners started to dump their junk ships in the bay. The port authorities took bribe for letting sailors leave their vessels at the port. Soon it turned into a ship graveyard from a busy port.

At the heart of the Arizona Desert, there is an air force base by the name of Davis Monthan Air Force Base. It is actually a boneyard where the aircrafts of the air force are stored. The boneyard is huge. Around 1,430 soccer fields have to be joined for making it. Aircrafts worth $35 billion are stored here and divided into four different categories. It cannot be termed as an aircraft graveyard as many of them are still usable and could be used in the future. Only those aircrafts belonging to category 4000 have become too dilapidated and backdated for use.

The small village of Chatillon is neighbor to the Forest car graveyard containing around 500 cars that are slowly being eaten up by the moss and trees of the jungle. The story says that the American soldiers left their vehicles in the deserted forest like area of Belgium as transporting cars was very costly back then. The variety of cars is mind-blowing and most of them have unique collectible models.

You may have wondered where all the old and rotten taxis go when they are abandoned. The Taxi Graveyard is the answer to your musings. There was a time not long back ago when the economy of China was weak, and middle class people hired yellow taxi cabs for commuting. Slowly the economy developed and yellow taxis were abandoned for personal cars. This is the reason behind the creation of the taxi graveyard by Chinese government.

There are some very fascinating vehicle graveyards around the world. These graveyards are like museums containing the great human creations of bygone days.

Information to be kept in mind for agrotourism, rural tourism, and sustainable tourism