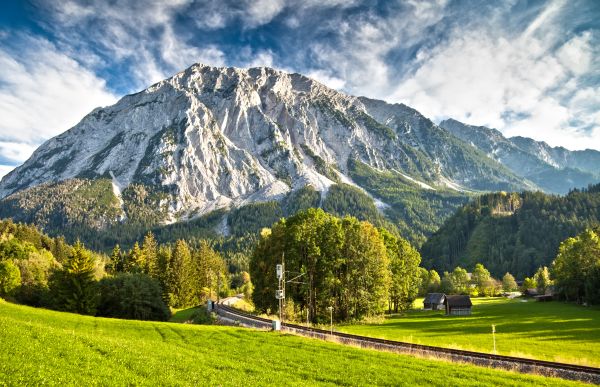 Five endangered tourist spots that you should visit immediately

We often take the natural and cultural heritages for granted. We do not understand the importance of preserving these cultural and natural heritages and maintaining them. Some of these tourist spots have become endangered due to continuous exposure to pollution. Not just pollution but also the change in climate and global warming are also taking heavy toll on some of the most beautiful natural and cultural tourist spots.

Responsible tourism is the only way to protect them from further degradation. Even the tourism companies have now understood the importance of responsible tourism. Tourism helps in boosting the local economy. Do not hesitate to visit the endangered natural and cultural tourist spots around the world but be cautious so that your activities do not pollute the places you visit. In the following, we have listed five of the most beautiful endangered tourist spots.

Venice is a city synonymous with love, passion and romance. Couples often choose Venice as their honeymoon destination. Seeing the setting sun paint the city red from a gondola is a memorable experience. This city was built in 452 AD. It is also referred to as Italy’s Lagoon City. Sadly, the city is sinking slowly. Each century it sinks an approximate 1.5 cm. The reason behind the degradation of this beautiful city and a favorite tourist spot of millions is the rise of sea levels, annual increase of the rainfall and numerous floods. The woods used for building the city have become debilitated and even the stones are becoming eroded. Visit this place immediately because it may not stay the same in the next century.

The Great Wall of China was built with lots of care and time. The construction of this magnificent wall started in the 7th century AD and for the next 2,000 years, the Chinese labored to make the highest manmade wall. It was originally 200,000 km long but unfortunately only the portion made by the Ming Dynasty remains for us to be seen. It was considered one of the Seven Wonders of the World in the medieval ages. In 1987, UNESCO declared it the World Heritage Site. Human activities and soil erosion are the main threats that have endangered the Great Wall of China.

Words cannot aptly describe the spectacular beauty of the Alps in Europe. This mountain range offers many fun and adventurous activities to the visitors. Many films have been shot here and it features in many famous books. Due to global warming, the glaciers of Alps have already reduced by more than 45 centimeters. If the ice continues to melt like this then by 2037 most of the glacier will be gone.

Machu Picchu is an Inca site built in the 15th century. It is located in the Cusco Region of Peru. One of the most famous Inca site in South America it is also threatened by the development of the surrounding regions and rising levels of pollution.

Located in Agra, India, the Taj Mahal is considered the symbol of eternal love. It is a part of the list of Seven Wonders of the World. In 1983, UNESCO declared it a world heritage site. Unfortunately, even this beautiful piece of architecture is now threatened by acid rain, pollution and soot.

The endangered cultural and natural tourist spots are fast losing their splendor. Tourists should visit these places responsibly without causing damage to the surroundings.

Top five canyon hikes in the US

Places where you can easily get your pocket picked