Home Off Beat Five extremely dangerous airports across the world 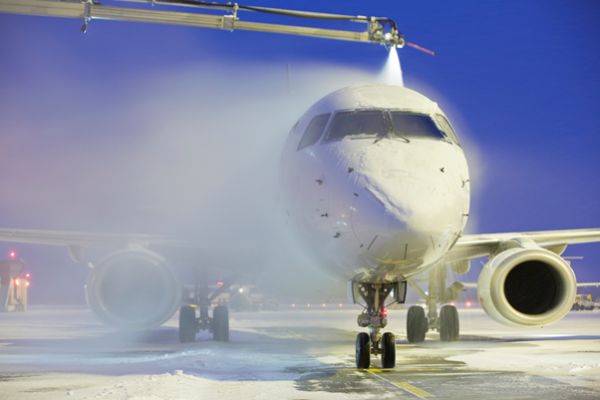 Airports are supposed to be like an oasis for the pilots but there are some airports, which are thronged with danger and prone to accidents. According to expert pilots, it is more difficult to land a plane than it seems. Pilots need proper landing area and for taking off a runaway is necessary. Generally, the modern airports are well maintained and extend all sorts of support to the pilots so that they can maneuver their planes properly. Most airports are made keeping in mind the safety of the pilots and the passengers. Unfortunately, there are also airports that might chill your blood. Landing and taking off from these dangerous airports can put many lives at risk. In the following, we have listed the five most dangerous airports across the world.

The extreme weather conditions of Antarctica make it very difficult for the pilots to land safely. On top of that, the so-called airports only have narrow strips of ice for landing. Until now, no tarmac has been built and it is almost impossible to improvise the Ice Runway of Antarctica. Planes deliver the regular supplies and scientists have to travel by planes too. There is no scarcity of space but friction is less due to the icy runway. The pilots have to be very careful regarding the weight the plane puts on the ice strips. Too much pressure can break the ice or sink the bottom portion of the plane in snow.

The Air Traffic Organization has given the Barra beach the status of being an International Airport. This is one of the most dangerous airports despite of being proclaimed an International Airport. There seems to be a dearth of logic in making the beach turn into an airport. People can take a walk on the beach when the airport is not active. Car headlights below on the road help the pilots in the evening for maneuvering their air-vehicles correctly. Accidents can happen anytime and it’s a risqué landing job for even the most experienced and trained pilots. We can only hope that the Air Traffic Organization authorities have some idea about what they have done.

The problem with the Toncontin International Airport in Honduras is probably that it was made in 1934 and has become outdated. Though it is an international airport in the capital city of Honduras, it is not well equipped to help the powerful planes land here properly. In 2008, five passengers died in an accident in this airport. The runway is only seven thousand feet long, which is definitely not sufficient for the modern air vehicles. Hills and rocky regions cover it from all sides.

Landing at the Madeira Airport requires some serious expertise. It is probably the most demanding and dangerous airport of the world. The pilots have to move their planes towards a high mountain and then take a swift right turn so that their air-vehicle moves towards the airport runway. There are two runways, which have been stretched to avoid accidents. In 1927, a Boeing 727 had a crash landing in this airport.

Gibraltar Airport is very risky and accident-prone. Luckily, no accident has occurred yet but it might happen in the future. The corridor of the airport features a busy main road full of traffic. They have to stop traffic, so that the air vehicles can cross safely. This airport is not just dangerous but simply bizarre.

Airports are made to help the planes take off and land safely. There are also airports that pose danger to the safety of the planes and thus passengers.

Viva Stansted Airport: In It for the Long-Haul