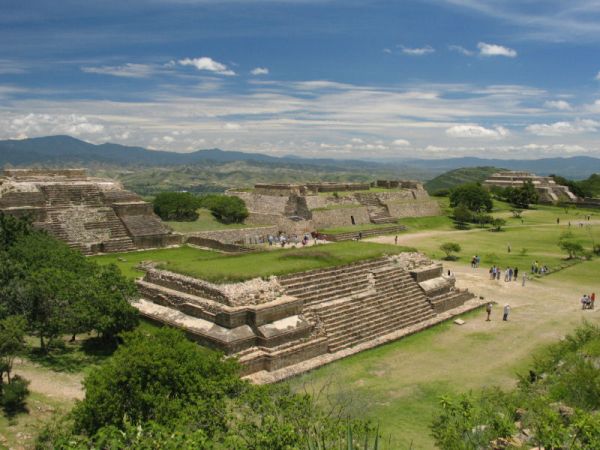 Five least known UNESCO World Heritage that you should visit

People generally travel to well known places in their vacations. To plan their next trip in a hurry, they miss many great places that are not famous as tourist spots. The UNESCO World Heritage sites attract millions of tourists every year. The job of the United Nations Educational, Scientific and Cultural Organization is to protect the places, regions and monuments of great historical and cultural significance. They have helped in preserving more than 1000 cultural heritage sites on earth. The Stonehenge pyramids, Great Wall of China and the Abu Simbel temples are all protected World Heritage Sites of great repute but there are also less known places that have been declared UNESCO World Heritage Site. In the following, you will find information about the five best least known World Heritage Sites that you should visit.

If you travel to the southern parts of Sichuan in China, you may come across the crossing or meeting point of the Minjiang, Dadu and Qingyi rivers. The steep cliff face by the side of the rivers has been carved into a giant Buddha. The Chinese monk Haithon and his followers toiled for over 90 years to make this beautiful sculpture of Maitreya Buddha come alive. It is the biggest stone made Buddha statue in the world. It is 71 meters tall and an approximate 28 meters wide. The water current was very strong and destructive at the point where the three rivers met. Haithon wanted to calm the rivers down by building a Buddha statue right there.

Situated in the mountains of southern Mexico, the Monte Alban is one of the best specimens of Pre-Columbian Mesoamerican sites. It was built probably in the 500 BCE but the valley where the Monte Alban was built was inhabited from around 2000 BC. The constructional superiority and planning tells us a lot about the rich Zapotec culture and civilization. At the center, there is a main plaza and surrounding it there are many different types of buildings. Surprisingly there are two ball courts found here along with 300 stone monuments.

Located in Southern France, the Lascaux Cave has been declared a World Heritage site by UNESCO due to the wonderful Paleolithic cave paintings. Mineral pigments have been used to decorate the cave with paintings of animals, especially horses. This cave was open for visitors from 1948 to 1955 but the carbon dioxide from breath of visitors started damaging the paintings. At present, the cave is maintained regularly in scientific ways. There are many theories regarding the use of the cave and the reason behind decorating it with paintings. Some historians think that the Lascaux cave was used for prayers and some others consider it a place of revelation.

Aldabra Atoll is not a World Heritage site just for being the second largest coral atoll in the world. UNESCO declared it a World Heritage in the year 1982 because it is home to many rare species of animals and birds. Aldabra has most number of giant tortoises in the world. The other endangered and rare species that call this atoll home are Malagasy Sacred Ibis, Aldabra Rail and Hawksbill Turtles.

The Whale Valley in Egyptian deserts is a really strange and important place. Lots of well preserved fossils have been found here which has helped archeologists find more about the evolution of whales. Whales were once land animals but due to evolution they chose water as a better medium of inhabitance. The skeletons and fossils of sea cow Sirenia, sea snakes, crocodiles and lots of other animals are found here.

The lesser-known World Heritage sites are good for traveling but some of them are now closed for visitors due to several reasons. They have helped us understand different cultures and civilizations better and learn new truths about evolution.

Five places with most scary and unusual names