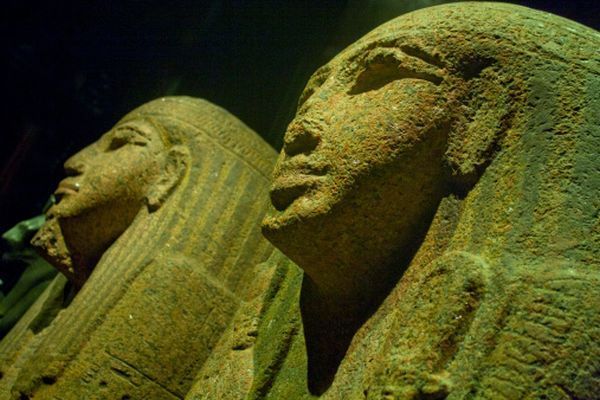 The most horrifying yet fascinating mummies across the world

Mummies have always fascinated the modern human race. Mummification is an ancient Egyptian ritual. The Egyptian people used to mummify the bodies of their dead and preserve them using a specially made herbal paste and bandage cloth. Preservatives were used to dry the entire body and before wrapping a dead body with linen cloth, the inner organs were taken out. The ancient Egyptian people believed that the body of the dead has to be preserved, so that it can be used by the immortal soul of the individual in the life after death. In the past few decades, mummies have been discovered in some unusual locales like Peru, Italy, and Philippines. These excavations have changed some of the old concepts we had about the mummies.

Catacombs of the Capuchins:

The idea of visiting the Catacombs of the Capuchins may seem to be a proposal straight out of a horror film. It is hard to believe that the Catacombs of Capuchins is located in Palermo in Italy. It has been found underneath the famous Our Lady of Peace or Santa Maria Della Pace. The mummifying started in the 1599 when the Capuchin monks decided to bury their dead under the church. The subterranean corridors of the catacomb are full of dried and drained corpses. The monks stored the catacomb with more than 6,000 mummified dead bodies. The monks dressed the dead bodies in their best clothes. Some of the bodies have become decomposed but the rest looks fresh. The corpse of one young girl has been nick named ‘Sleeping Beauty’.

El Brujo is an archaeological site around 435 miles north Lima. Quite recently, excavators have found a mummy at this place. The mummy was found preserved with tattoos. The mummy is named Lady of Cao because before the Incas, another ancient culture Moche had built a temple type of structure in this area called Huaca Cao Vijeo. In the year 2009, a museum was built in this region named the Museum of Cao. You can see the 1700-year-old mummy along with her golden jewelry and ancient club like weapon displayed here.

If you are really fascinated by mummies then you should visit the Royal Mummy Room of Museum of Egyptian antiquities in Cairo, Egypt. There you will find the well-preserved bodies of 11 of the royal emperors of Egypt who have been mummified. Also, visit the Journey to Immortality. Look up the nostrils of the mummy of Ramsey V and you will get a glimpse of the hole on the scull through which the brain was removed. The most famous mummies are those of Ramsey II and his Queen Hatshepsut.

In the northern parts of Chile, mummies have been found which are far older than the Egyptian mummies. Preserved between 5000 and 2000 BC, these mummies are 2000 years older than any Egyptian mummies found till date. The Chinchorro people created these mummies, as they used clay and reeds for substituting the muscles and organs that they took out from the bodies. The skin was also reupholstered using a red or black dye.

Hikers found the mummy called Otzi and now it has been kept in the South Tyrol Museum in Bolanzo, Italy. Some remnants of his clothes, quiver, copper axe, flint dagger and some other belongings were found buried around him. The body is 5300 years old.

The mummies are mysterious and fascinating. People were mummified with there favorite and cherished belongings because it was believed that they could use their wealth in afterlife.

The most horrifying yet fascinating mummies across the world was last modified: June 6th, 2014 by admin
across the worldArchaeologicalComplexEgyptian AntiquitiesEl BrujofascinatingFeaturedhorrifyingMueso ArqueologicomummiesMuseumToptravel
previous post

The friendliest cities around the world

Five of the most offbeat holiday destinations that warrant a visit