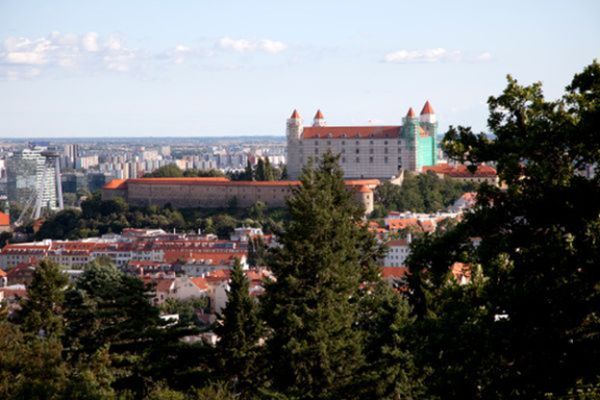 Historically popular destinations like the UK, Spain, and Germany are on decline, whereas the tourism in the Balkans and the Central Europe is accelerating. Here is a list portraying some of the fabulous tourist destinations in Central Europe that you should not miss:

If you are interested in experiencing the Slovak or the Central European culture, art, mythology, music, legends, films, literature and all, then Slovakia has abundance of all these to offer you. Slovakia captivates tourist from world over by its natural beauty, opportunities to relax and intense history. Slovakia brims with gothic churches, medieval towns, majestic mountains, and castles. It has amazing hiking trails, especially the High Tatras. Slovakia has some real winter and mountain sports fun for you.

Croatia is located on the east side of the Adriatic Sea. It is on the list of many European travelers since many years. Its seaport Dubrovnik, augments its popularity. Croatia has over thousand islands with immaculate coastlines, and an incredible lot of national parks. It has a plethora of medieval castles. National parks cover a huge area in Croatia.

There are beaches, parks, and forests to explore. The most famous spot in Latvia is the capital Riga, which is a World Heritage Site. Gauja National Park draws the most visitors. It is located in the Gauja River Valley and features more than 500 cultural and historical monuments. Latvia’s low population density has aided it to retain the natural environment and make it the perfect spot for ecotourism.

The mountainous island nation draws tourist deluge owing to its unique culture and gorgeous landscape. Iceland’s nature wonders like staggering glaciers, volcanoes, thundering waterfalls, the northern lights, or countless geothermal hot spots such as the Blue Lagoon, will never let down your expectations. The capital city Reykjavik has some amazing art museums.

Poland is a beautiful combination of rich history and dynamic modernity. The major cities brag Europe’s innovative art, restaurants, and splendid buildings. Poland has some places that literally charm children. The Dinosaur Park has a museum of skeletons and fossils and a skeleton of Poland’s largest Yangchuanosaurus, which is 9 meter long, from the tip of its nose to the end its tail. Poland has a diversified natural environment.

The Balkan region is a land that is full of unexpected surprises. There history, art and culture amalgamate to give it a one of its kind appearance. Historical sites and museums, distinctive architecture, and lively restaurant scenes are what you get to see there. Charming multicultural towns, impressive monasteries and citadels, hillsides, mighty mountains with beautiful forests, lakes, and last but not the least a great folk music tradition—coming off both as much joyful and melancholic as it could be. Hundreds of kilometers of coastline on both the Adriatic and Black Seas, will never disappoint the beachgoers. Balkan countries are relatively small and not that expensive. This makes it perfect to explore these regions.

Central Europe indeed is a place that satisfies the nature lovers and explorers with its breathtaking beauty. In this article, we have tried our level best to provide you with such underrated and under the radar places in Europe, which can literally give you chills.

Most amazing secret islands on the Earth