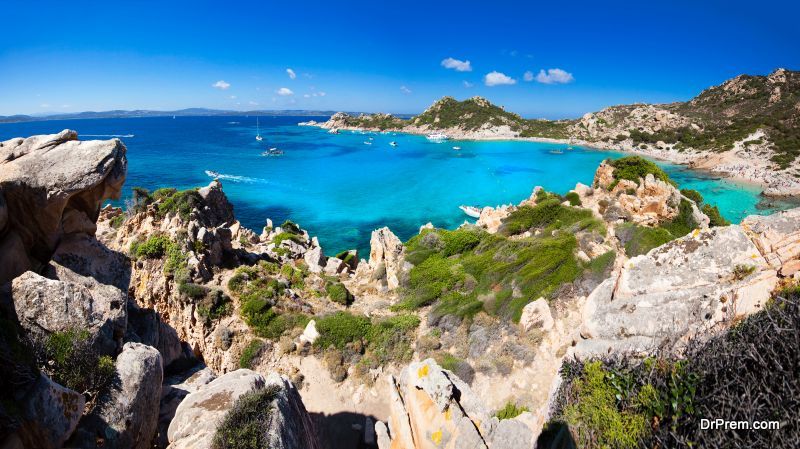 The Mediterranean is known for its beaches, agricultural history, archaeological wonders and being the centre of civilization for several millennia. According to mrhudsonexplores.com, the Mediterranean region sports some of the most beautiful untouched gems the world has to offer.

In this article, instead of focusing on the most popular spots in the region, we’re going to cover five little-known destinations in the Mediterranean you should visit at least once in your life.

Majorca is a Spanish island that has attracted tourists since the 1800s. It is the largest and most developed island in the Balearic Islands archipelago. Famous artists like Chopin and Agatha Christie have visited or stayed to work here. It offers both pristine beaches and an active nightlife. It is home to an antique train that travels between Soller and Palma and a dolphin show.

Menorca is another Spanish island famed for its beaches, and in the case of Menorca, more than 120 of them. It has clear water and large sections of the island are undeveloped. Canoeing, windsurfing, and kayaking are popular activities. The vast, sheltered harbour is considered one of the best places to learn how to sail in the world.

Naxos offers long sandy white beaches more often seen in the Caribbean. The coves around Kouroupia are a nice escape from heavy traffic, and yet it is close to the famed Kavos Hotel Naxos. You can also visit historic sites like the ruins of the Temples of Apollo and Demeter.

Manarola, Italy sits where the mountains meet the sea; the mountains are part of the Cinque Terre chain. This authentic Italian village’s claim to fame is the picturesque array of homes clinging to the mountains. From here, you can go hiking through Italy’s hills and mountains year-round or go on a boating excursion.

Sardinia is a luxurious enclave on the Mediterranean. While many of the rich and famous arrive with yachts and drive up the cost of items in the local boutiques, their presence has prevented the beaches from being overdeveloped. Thus you can find granite peaks and nature in the raw on this island. You can also go shopping and find the latest styles the rich and famous wear. You also have the option to go hiking in the mountainous interior along well-worn trails.

Malta is a must-see location for those who want to immerse themselves in the history of the region since it has the greatest density of historic sites of any nation on Earth. This can be attributed to the successive population waves the region has witnessed, from the Romans to the British, though there are archaeological sites going back at least six thousand years. Yet it is one of the most affordable destinations in the Mediterranean, too.

All these destinations have something special to offer. Whether it’s Naxos’s amazing beaches and ancient history or Malta’s old time charm, make sure you consider one of these little-known destinations if you want to experience something different.

The best hotel to stay in Cappadocia – The Museum Hotel