MICE or Meetings, Incentives, Conferences, Exhibitions tourism industry is a billion dollar industry worldwide. India has much to offer too, and right now the MICE sector in India has been pegged at 25,000 crore rupees, with growth 8%. It is poised for robust growth as the government and private individuals are gearing to extend the number of venues in India. There are over 10 new MICE venues being developed in different parts of India and this and other factors are expected to triple the revenues in MICE tourism. Take a look at MICE tourism in India and the growth potential in India. 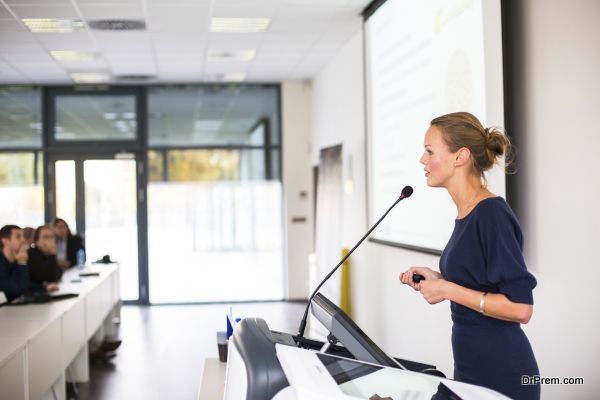 Las Vegas is the leading destination for MICE tourism, with millions of business travelers heading to the city’s numerous convention venues. It has been number one venue on the list for business meetings for an incredible 23 years. The rest of the world slowly has caught on, and other cities are now targeting the MICE tourism, such as Singapore.

Singapore does not boast of natural beauty, historical monuments or heritage, but its tourism board saw the value and revenue generation potential and promoted the country aggressively as a MICE destination.

There is a massive scope of MICE tourism in India, due to its natural beauty, history and heritage.

Potential for India in MICE tourism

India can step up the existing infrastructure and develop the market for international trade conventions. This would have immense positive effect on direct tourism as well. It has been seen that leisure tourism develops as a result of MICE tourism, as the delegates who visit a particular place return to visit the destination with their families within 5 years of their first visit for work.

Scope of MICE tourism in India 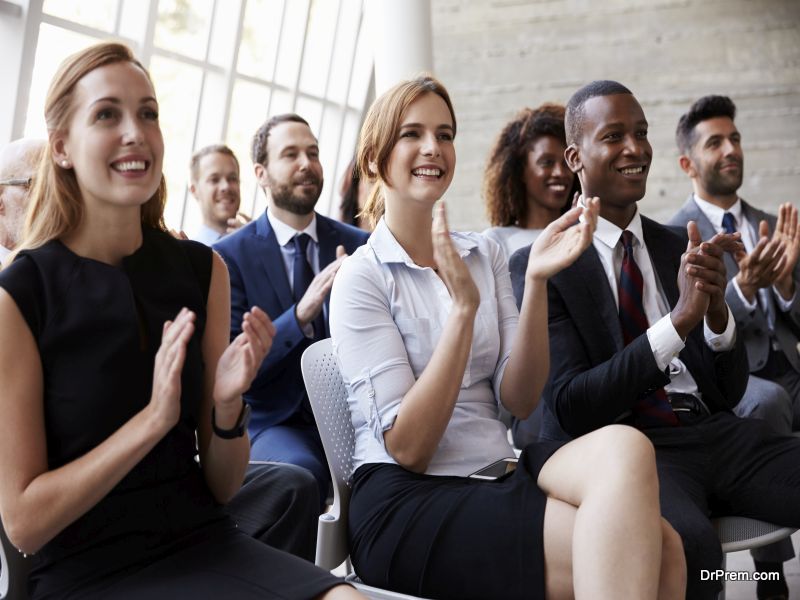 According to industry experts, no destination worldwide has succeeded in leisure tourism, until the business tourism of that destination flourished. A study conducted by the National Convention Bureau of South Africa found that up to 40% of all the convention delegates who attended conventions in South Africa, returned with their families as tourist, thus boosting the tourism industry leading to revenue generation and job creation.

In India, it has been seen that due to the creation of one direct job in the MICE tourism, there are eight more indirect jobs created. Thus, MICE tourism would create many jobs and provide employment for thousands of people.

This is because a convention/exhibition tourist spends 1511 dollars per day in a four day stay, compared to the 600 dollars spent by a leisure tourist for the same amount of time. The global MICE revenue generated is 280-300 billion US dollars.  Statistics on the MICE tourism in India shows that India accounts for only 0.5-1% of the MICE market with a current global ranking of 28.

This is all set to change by 2025, as the Central government has set a target of achieving 2% of the global market.

MICE tourism in India is expected to grow by triple in the next couple of years. With 10 new MICE venues coming up, the industry growth is supposed to triple.

Currently, the total consolidated space of the MICE tourism industry is approx 5,00,000 sq meters. But with the proposed convention centers in Dwarka and expansion of the venues in Pragati Maidan (New Delhi), Bangalore, Hyderabad, Ahmadabad, Pune, etc, the space is expected to increase to 15,00,000 sq. meters. After the infrastructure of this space is complete, the growth of MICE tourism in India would be 16% every year, double of what it is now.

The State governments and the Union government has also taken a keen interest in this industry and are trying to construct more MICE venues which would draw both the business and leisure travelers, thus increasing further growth.

If India can develop world class venues in a short space of time, it can attract many more global conventions and exhibitions. There is huge scope of MICE tourism in India, as it has a lot to offer compared to its neighbors in Asia.

In a few years’ time, if India is able to provide a superb infrastructure, then it could very well become one of the ‘top of the mind’ MICE destinations.

What are the challenges?

Perception and logistics are two of the major factors which have to be improved to sell India as one of the best MICE destinations.

Perception of the government regarding MICE needs to change, as it is the Tourism Ministry which has to aggressively market India as the best MICE destination, and promote it as such, just as it promoted the ‘Incredible India’ image and did wonders for the leisure tourism industry.

The growth of the industry is now looking up as the MICE industry is no longer perceived as a niche tourism, but as one which has to be promoted as mainstream tourism. The marketing/promotion of MICE destinations in India has to be as aggressive or even more aggressive than competitors such as China, Dubai or Singapore, to have a significant impact and industry growth.

There is another kind of perception which has to change – the perception of India by global organizers. India has to become ‘fashionable’ in their eyes, which is possible with sustained marketing. The government and private players have to work together to make this possible and attract the global business travelers. Also, if the opportunities for global business increase, then the number of meetings held in India would automatically increase.

India is seen as a complex destination for events or congress. It is complicated to get the license for music events or sporting events, and last minute unpleasant surprises. The problem faced by most of the venues/hotels/MICE organizers, especially as conventions and exhibitions are time bound, is that the tourists would have to travel on buses to view popular tourist spots. For example, a traveler who flies to Delhi has to be told that after arrival, he has to travel by bus to go to Corbett or Coorg, spending several hours. Thus, the connections between convention centers and popular tourism spots have to be upgraded so that there is least time wasted in traveling.

Things are looking up for the exhibition sector in India, as the revenue model has finally been understood. But the conference revenue model is still unclear, and this challenge has to be overcome so that the MICE tourism in India can reach its potential.

The government can learn from states like Abu Dhabi, which offer a lot of incentives, such as providing tax credit for the amount they spent in India.

Domestic industry has to be showcased 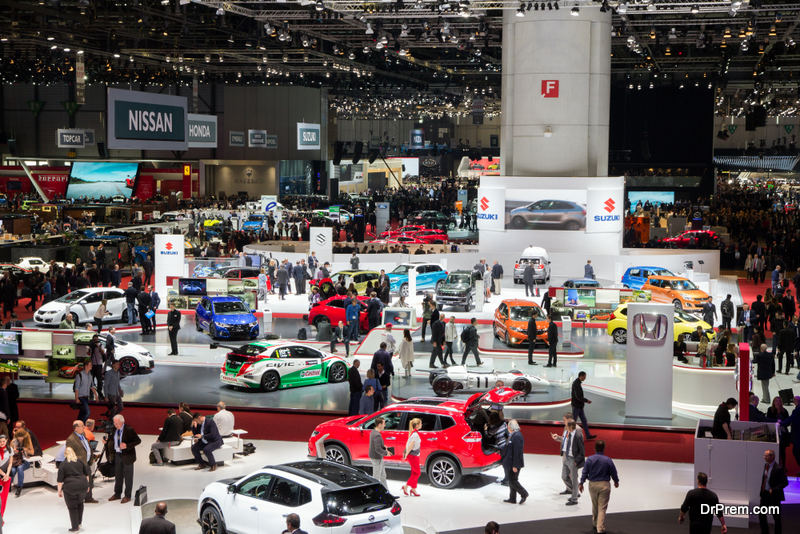 There is a huge domestic industry which organizes large conferences in many different cities in India. The organizers of the domestic events and the government have to showcase these large successful events to the international event organizers who will then be able to view MICE tourism in India as viable and efficient.

MICE tourism in India: Moving Ahead

There are big events in India which do happen, such as the ones happening at the India Expo Center, Greater Noida. More than fifteen events are held there in a space of 100,000 square meters, and out of the fifteen, four of them are usually the largest in the world. These events have to be showcased to the world MICE tourism organizers.

The large events in Noida, Bengaluru, Andhra Pradesh, Kochi, etc have to be organized every year, so that these places become recognized as MICE destinations after the effort of numerous years. No event destination in the US, UK or Germany has become big after just a year or two years. There are certain events which are married to particular destinations and they bring the destination to the forefront of MICE tourism worldwide. For example, at IMTEX, Bengaluru, the Machine Tools Show became the world’s largest after 17 years of the event being held there continuously every year.

Industry insiders point out that there has to be some regulations from the ICPB or the government to weed out unhealthy competition (for example, organizers who cannot deliver what they promise).

The Indian government has to look into the tax aspect too, if it wants to do better than the neighboring countries, as India is one of nations which pays the highest taxes in this region. Our taxes are much higher than Sri Lanka, Singapore, Bhutan or Nepal.

A look at some upcoming MICE tourism destinations in India 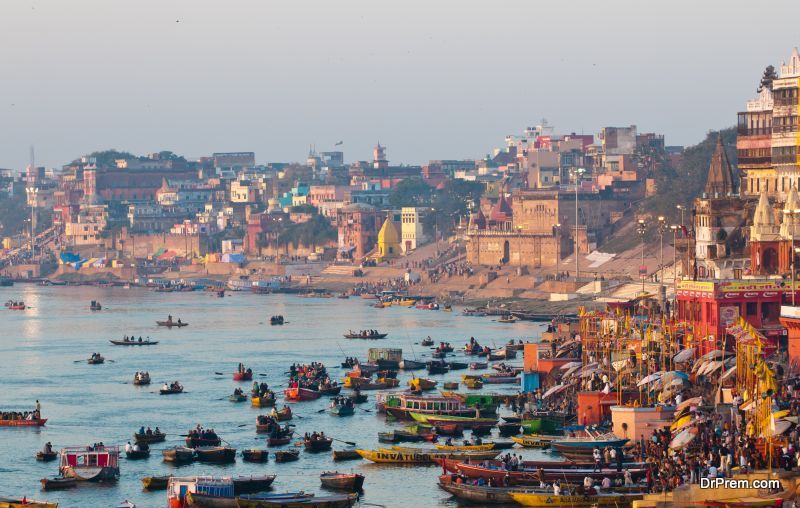 Varanasi is the oldest ‘living city’ in the entire world. It is slowly emerging as one of the preferred MICE destinations, as it is a perfect blend of the old and the new. Corporate meetings, expos, exhibitions, business promotion activities are held along with ‘destination weddings’ of the affluent. Celebrities from India and abroad have tied the knot in Varanasi, making it one of the sought after destinations in India for big events.

There are many MICE tourism facilitators in Varanasi which have managed events successfully with trained professionals overlooking the events. 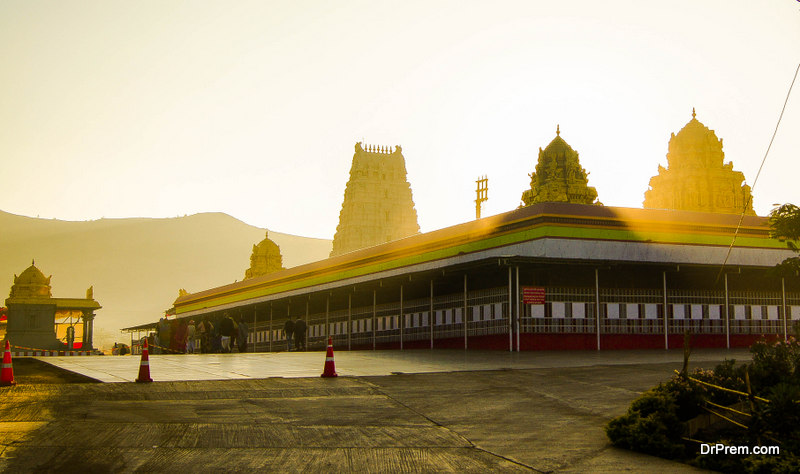 Vishakhapatnam is finding favor in the corporate sector as an offbeat destination to hold conferences, after the Andhra Pradesh Tourism Authority and the Tourism Development Corporation promoted the place.

The state is developing an adventure complex which would also have adventure sports in Gandikota, among other MICE sites. This effort by the Andhra Pradesh Tourism Ministry will gradually make the state one of the key destinations for MICE tourism in India. 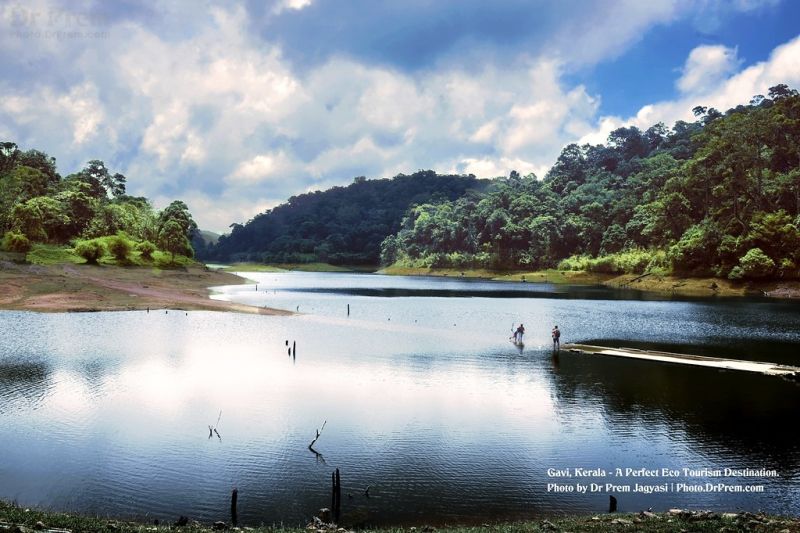 The Kerala government too is keen to promote it as a MICE destination. The India Conclave Convention, 12th edition in Kerala will definitely be a big boost for MICE tourism in India and Kerala. It is an international event supported by the ICPB (India Convention Promotion Bureau), Kerala Tourism Department and the Indian Tourism Department.

With 300-350 delegates, including 30 international buyers from countries such as Russia, USA, Germany, France, Italy, Cyprus, Turkey, Malaysia, Azerbaijan and Kazakhstan, the convention is an example that big conventions can be held in India with ease. Also, about 70 exhibitors and 100 domestic buyers would participate.

This is part of the initiative to promote India as a global conventions and exhibitions hub. The conclave’s theme is ‘ Mapping the sustainable MICE future of India’ to display the strength of MICE tourism in India. The key components of the event are pre-scheduled appointments. The international conclave, hosted at the Grand Hyatt Bolgatty, has been planned in the same way as other major world meeting such as IBTM World (Barcelona), IMEX Las Vegas and IMEX Frankfurt are planned. The conclave is touted to be the largest MICE event in South Asia.

Kerala is poised to be the host of international conventions as the state has strengthened the infrastructure required for MICE tourism. There are many more hotels and the state is now connected globally to many places.

Even after the floods, the MICE tourism in Kerala has picked up. This is good news as India would benefit from the revenue generated from both business tourism and the leisure tourism arising out of it.

MICE tourism industry is a fledgling industry in India at the moment, but with tremendous potential. The central and state governments’ support would be extremely helpful for the industry. The government could modify tax rules, enable getting licenses faster and improve the connectivity between hotels and convention centers. With the right infrastructure and consistent and concerted efforts, India can become a leading MICE tourism destination globally.