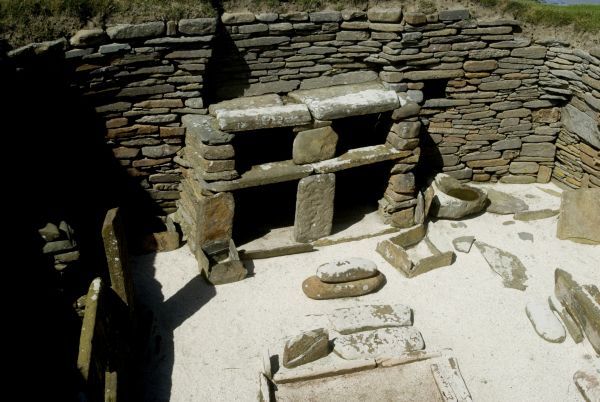 Most Mysterious Buildings in World

Everybody of us has heard stories in our childhood. Some stories were really scary and we always wanted to know more about them. There are many stories related to many properties that are unexplained. Mysteries can take many forms like unexplained, unsolved, ancient or modern. Our list of mysterious places does not involve highly known Bermuda Triangle and other famous spots. Here Explains Team with Dr Prem Jagyasi the list of some of the most mysterious buildings in world that are less known and involves some deep mysteries associated with them.

Renwick hospital is an ugly truth of Gotham’s grisly past. It was a center for smallpox and many gruesome diseases. This 100 beds hospital is made of mansard roofs along with corbelled parapets and granite veneer. In its initial days it was a center for quarantined immigrants that suffered some dangerous diseases. Now, a big amount of $4.5 million has been invested in this hospital to renovate it and give it a completely different look.

Mystery: The mystery associated with Renwick Hospital is a patron who illuminates the hospital every night and it is said that he can have this view from an Upper penthouse in East.

Skeleton Coast of Namibia is known by many names, some Portuguese call it “The Gates of Hell” while locals call it “Land made by God in Anger”. Skeleton Coast mainly got its name from the deeds of whaling industries. Since their era the coast is full of whale bones and more than 1000 stranded ships can be found here.

Mystery: The place is famous because of the diamond miners that worked here. Their ax-pick punctured skulls were discovered here in 1960s.

Skara Brae is an excavated Orcadian village on the Bay of Skaill. This mysterious and massive place was earlier known to be a Pictish village. Even after 5,000 years this old site still predates Egyptian pyramids.

Mystery: The unique thing about this place is that even after thousands of years, the buildings constructed at Skara Brae are still in good condition. Archaeologists are still trying hard to find the reason behind the last inhabitants leaving the place. Some say that they left due to some kind of apocalyptic event.

Pritzker laureate Peter Zumthor designed this amazing thermal bath in the Swiss Alps. This thermal bath is situated at the end of a road in Romansh pocket of Canton Graubünden.

Mystery: If you want to access this thermal bath then you have to pass through a narrow tunnel and then bounce off the walls. This will surely give a haunting experience.

Built in 1900, this lighthouse emerges from a desolate dune mostly known as Lonstrup Klint. This ghostly place was abandoned by the locals after this place faced the fury of sea and sand and started to gulp this whole place. This 75 foot tall building will collapse in the coming years because of its ageing architecture and nature’s fury. Many archaeologists are waiting for this building to collapse, so that they can unveil the ancient relics that lie beneath this building and sand.

Mystery: The nature’s mystery associated with this place is that, the building was built it was 656 feet from the sea and around 200 feet above the sea level, still after so many attempts to rescue this place and prevent it from the ocean’s fury , the whole place got gulped over the years. Now this abandoned place looking more like a haunting place with no sign of human life.

Summary:You must have seen many worn paths but have a look at these amazing haunted buildings that were eaten by the Earth and all you can see are the few signs of human existence and destroyed parts of the buildings.