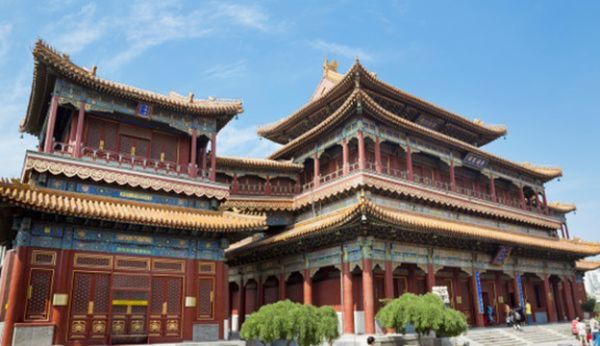 Most popular or visited temples for spring festival prayers

Chinese Spring Festival is also known as Lunar New Year. It is one of the traditional Chinese festivals, which is the grandest and the most important festival for Chinese people. According to the Chinese tradition, burning incense and offering prayers in a temple during this festival will bring good luck. Here we have top temples for Spring Festival prayers, where you can go with your family and celebrate this festival with a good luck prayer.

Yonghe temple is also known as the “Lama Temple”, which is a temple and a monastery of the Geluk School of Tibetan Buddhism. This is located in the northeastern part of Beijing, China. The building ant the architecture of the temple is a blend of Han Chinese and Tibetan styles. It is the largest and well-preserved lamasery in Beijing and one of the most important temples of lama in the world.

Wutai mountain is a sacred mountain, which is located in Shanxi Province, China. It is one of the four sacred mountains in Chinese Buddhism named as Emei Mountain, Putuo Mountain and Jiuhua Mountain. These mountains are not famous only in China but also in India, Japan, Nepal and other neighbor countries. Many students and their parents flock to Wutai to pray for the bright future and good luck during the pre-examination season, especially before the National College Entrance Examinations.

This mountain is also one of the four sacred mountains and is located on a small island of Zhoushan Archipelago. It is one of the greatest Buddhist Mountains in the country. Here, tourists can easily absorb the unique culture and religion of the country through different sources, such as books, sculptures, drawings, architecture style and stone carvings.

This temple is one of eight important temples in Emei Mountain and it is around 15 kilometers from Baoguo Temple. It was established during the fifth year of the Long’an reign of the Eastern Jin Dynasty. The distribution of buildings in the temple is very beautiful and the whole temple faces the east. The main buildings of the temple include Mile Hall, Hill Gate, Zhuang Hall, Daxiong Hall and Emei Hall.

Nanshan temple is situated 40 kilometers from the Sanya City, Hainan region and it ranks one of the attractions in the Nanshan Culture Tourism Zone. It is the biggest Buddhist preaching site established since the founding of the People’s Republic of China.  The whole site comprises the temple itself, the statue of the Goddess Guanyin, Guanyin Culture Park, vegetarian food street, Buddhism Culture Exchange Center and Guigen Garden. Old people believed that the Bodhisattva Guanyin lived here and it is widely held that the nearby east and west islands were the tomb of her parents.

This temple was built in 1921 and it is one of the most famous temples in Hong Kong. Wong Tai Sin is also renowned among overseas Chinese in Europe, Southern Asia and America. It was named after the famous monk Wong Tai Sin, he was also known as Huang Chu-ping. People believes that every earnest prayer for Wong Tai Sin will guarantee that your wish will come true and that is why the temple welcomes an endless convoy of worshipers who come to pray.

Chinese people celebrate the New Year in the form of Spring Festival. It is believed that praying this day and incense in a temple will bring good luck for the whole year. Therefore, we have mentioned some of the best and most beautiful temples for you where you can pray for your good luck.

Most sustainable spa destinations in Asia

Out on a vacation? Beware of the Travel Scams!