Home Off Beat Most prominent buildings that have been left unfinished 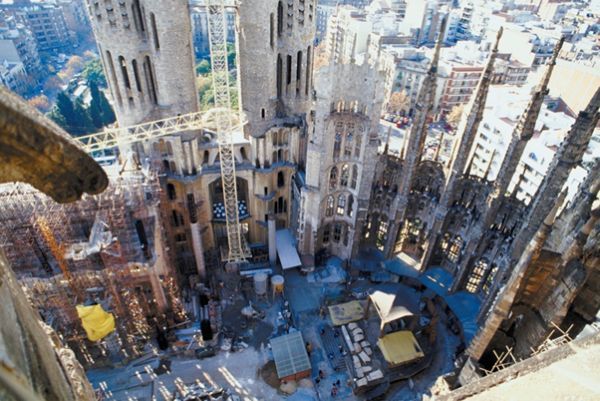 We often appreciate a finished building or monument without realizing the heavy amount of toil that is behind it. Careful planning is a part of erecting a new building. Without the hard work of architects and constructors, no building can be perfect. There are many buildings in this world, which were well conceived but not well executed. Due to some technical faults and bad architectural planning, those buildings were left unfinished halfway. Some such buildings are immensely popular and even visited by travelers. In this article, you will find out all about the five most lovely and famous buildings, which were left unfinished due to some reason or other.

Despite of being unfinished since 1882, the Sagrada Familia looks beautiful and has been recognized worldwide for its splendid architecture. The Pope announced this Barcelona church to be a Basilica when he visited it. It has also been declared an UNESCO World Heritage Site. Antoni Gaudi is the architect who conceived the initial design of Sagrada Familia. Unfortunately, he died in the year 1926, leaving this church only quarter-done. It is amazing that only a quarter of the actual architectural design has impressed the whole world. It would have turned into a grand master piece building if Gaudi could finish it himself. The work is still going on this huge project, which hopefully will be completed by 2026.

From the outside the Woodchester Mansion may look like straight out of a nineteenth century county home of the rich and famous but from the inside it is unfinished. There are many crazy and baseless rumors about this mansion being haunted. Once a mental hospital planned to buy or rent it. During the Second World War, the militaries were posted around the Woodchester Mansion but no one really lived here. William Leigh was the owner of this property. The local legend says that William was a perfectionist who wanted to make this mansion unique. He lost his wealth and became poorer every year. Whenever he gathered some money, he started building the house but also kept on changing the plans. This is the main reason why it is still unfinished. You can visit this place, as it is open to the tourists.

The official residence of the Portuguese Royal Family and one of the main tourist attraction buildings Ajuda National Palace is wonderfully constructed but it has not been finished yet. Anyone will naturally think that the house of the national royalties would be given priority but apparently, that has not been the case. The construction of this famous palace started in 1796. Lack of finance and wars prevented this royal palace from being completed. At the present era, this half-done palace has been turned into a museum.

In the year 1999 the construction of the Super Power Building started. The estimated cost of erecting this high rise was calculated as $40 million at that time. The construction of this building got halted in 2003 and was not resumed before six years had passed. The reason behind this was that the church was given the responsibility of finding a better plan for the interior of this building.

The unfinished buildings and churches around the world have their share of fame and popularity. Many travelers visit them and make financial contribution, so that the construction work can progress.