Home Eco-tourism Most promising sustainable cities in the world 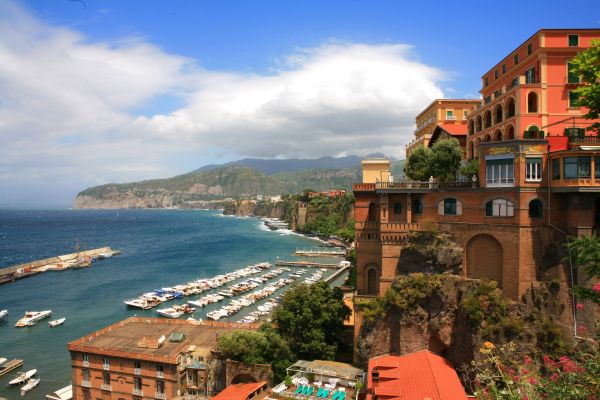 Most promising sustainable cities in the world

From the ancient age, we have been continuously drawing from the well of natural resources. Nature has offered us plenty but we were never happy with what we got. Instead of living near nature, we built cities and industrial areas. Urban dwellers are so used to different lifestyle comforts that they totally disregard the need of protecting their surrounding environment. Sustainable cities are exceptions that are trying hard to maintain a balance between city life and the surrounding environment.

Each of the sustainable cities around the world follows some principles designed to reduce pollution and the necessity of different natural resources. People have realized that if we keep on drawing from the storage of natural resources, we will not leave anything for our children and the next generations. It is our responsibility to reduce the wastage of natural resources and recycle water, paper, plastic and other materials. Sustainable cities practice methods that will work even after a hundred years. These cities rely on the surrounding areas for food and other essentials. This helps in boosting the local economy and reduces the level of pollution. In the following, you will find out all about the five most promising sustainable cities in the world.

Adelaide is one of the most well developed cities of Australia. It is true that this city has faced many disasters due to droughts and floods but nothing has been able to break the spirit of Adelaide. The citizens and governing bodies of the city have understood the necessity of sustainable, long-term practices. The downtown of Adelaide has been turned into a green zone. Many new green buildings have been erected and clean energy resources are being used for powering the houses. They have used an integrated design strategy to make the city livable for next 30 years. They may start utilizing unused areas of the central core for building more green commercial and residential buildings.

San Jose is often complimented to be the brains of the Silicon Valley. This highly evolved city has been trying its best to turn green. They have created a Green Vision Plan, which will help in making the city completely sustainable. As one of the most important cities for technology around the world, San Jose has huge responsibility towards the environment and humankind. Other similar cities will follow the green model they utilize. With more green jobs in the technology industry and high tech light rail system San Jose is marching ahead with its plans to provide safe and green lifestyle to the citizens.

Mexico is home to a very huge number of Latin Americans. They are aware of the necessity of sustainability. Mexico has a really well developed transportation system and sufficient open space is left on the core. They are trying to reduce the excessive greenhouse gas emissions by implementing a special and elaborate plan.

Too much trash has posed a big problem to the city life offered by Naples in Italy but now they have changed the game. Guerrilla gardening techniques and extensive recycling campaigns are going to change the face of the city very soon.

Even a few decades ago, Seoul could not be termed as a clean city. Now they have employed different technologically evolved techniques to make the city a lot more sustainable. Waste diversion and increased use of green bikes have helped in bringing forth the changes.

Five most beautiful islands of China

Dishes you must taste during your visit to Belize