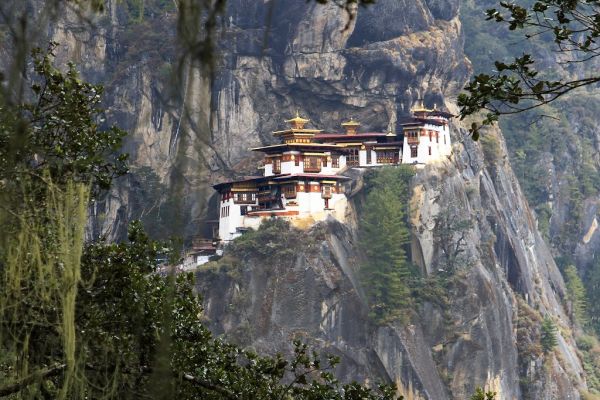 Monasteries are peaceful havens of prayer and spiritual delight. A good number of them have been built remotely away from the noise and chaos of city dwellings. The place of spiritual worship should be shrouded in peace but reaching them has been made extremely difficult by the constructors. This was probably an ancient way of testing the devotion of the true followers, who fought all odds to reach the centers of prayer.

Several amazing monasteries look grand and offer exquisite view of nature around them. Despite of their beauty only a handful of travelers are able to visit them due to their remote location. In the following, you will find a list of some of the best isolated monasteries of the world.

The Monastery of Ostrog, Montenegro

This is one of the most isolated monasteries popular among tourists. Every year, hundreds and thousands of tourists visit the orthodox monastery of Ostrog that was built with the stones of Ostrska Gerda. If you want to relish its picturesque beauty then travel to Serbia. The Bishop of Herzegovina took initiative for building it in the seventeenth century. People visit this difficult place mainly to pray at the place where the body of Vasilije has been kept enshrined. They believe that praying there can bring miraculous relief.

Meteora is the collective name of six lovely eastern orthodox monasteries, perched on the top of natural sandstone pillars. It is very difficult to climb up to the place where the monasteries are situated. The meaning of the word ‘Meteora’ is ‘the middle of the sky’. It has been declared a UNESCO World Heritage Site. Fable tells us that a huge eagle had carried St. Athanasius to the top of the sandstone pillar. There are stone steps carved on the side of the pillar for the common travelers.

The Hanging Monastery of China is in the Shanxi province. It has been built near the summit of the Heng Mountain, above 75 meters from the ground. Wooden beams keep the monastery steady and hidden rock corridors keep it connected. Bridges, boardwalks and corridors connect the different parts of the monastery. The monastery was built on the cliff side of the mountain to avoid the heavy rain.

The Phugtal Gompa monastery of India sits by the side of a gigantic gorge in the Himalayan Mountain range. It is perched on the cliff side of the gorge and God knows how the monks built it at an altitude of 3,800 meters from ground. Around 70 monks reside here at present.

This monastery has been built at the side of an ancient volcanic mountain and it is situated around 737 meters above the ground. For visiting this dangerously located monastery, you will have to travel to central Burma and on reaching the foot of the volcanic mountain climb up 777 steps.

The almost completely inaccessible Paro Taktsang monastery is also referred to as the Tiger’s Nest. Perched 3,000 meters above the ground on a cliff, this monastery has a richly fabled history. Legend has it that the Guru Rinpoche rode a black tigress to reach a cave near the spot where the monastery has been built for meditating.

You cannot reach this monastery without divine will or at least the will of the monks. It has been built by the side of the Lake Kozhozero. You will have to walk 32 kilometers on foot and then light a fire. If the monks see the fire, they will send a boat to fetch you to the monastery.

There are several legendary monasteries around the world, which look wonderful but at the same time, they are very difficult to reach. Only die-hard travelers and worshippers can visit them.

Airports around the world that have fascinatingly bizarre features

Post-apocalyptic places to visit before the apocalypse happens