Home Off Beat Sinking Feeling: Hazardous structures across the world 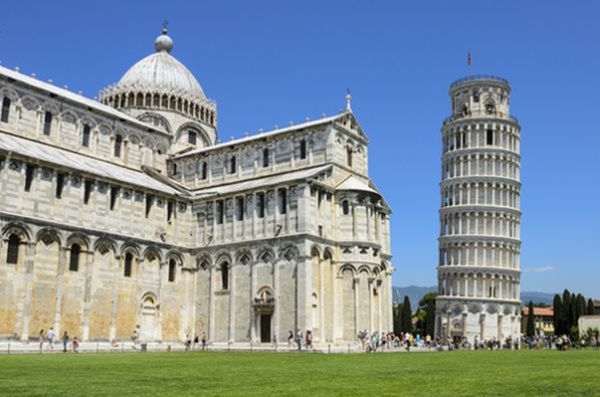 As every builder knows, the key to any building is a stable foundation. Try telling that to the builders who started construction on the Leaning Tower of Pisa in 1173. They did not intended for it to be a leaning tower, but it turned out that way when, after completion in 1372, it started to sink into the ground on one side. This freestanding bell tower looks as though it is going to fall over any minute now. Despite restoration attempts and efforts, the tower continues to lean drastically to one side. At least it makes for good photo opportunities of tourists pretending to be pushing or holding the building up.

Listed as a UNESCO World Heritage Site, Meteora is a cluster of monasteries in Greece. Its name translated means ‘suspended in the air’ and ‘in the middle of the sky’. They were built on sandstone pillars and appear to be hovering in the air. Before roads were put in place, the only way to access these buildings was using rope ladders and a hanging basket. Even though it is now easier and safer to reach the monasteries, it does not make them any less treacherous, strategically placed on the cliff-edge. Just do not look down…

Another monastery that seems to test the faith of its inhabitants is the Hanging Tower in China. Carved into the side of a cliff, it appears to be hanging in thin air. It is slightly more comforting knowing that there are beams beneath the structure, but the beams are not what are holding it up. It must have been well built from the start because the history of this tower dates back to over a thousand years. It is very impressive to note that a single monk did the original construction of the temple.

Despite its seemingly dangerous and bizarre location, the Lichtenstein Castle in Germany was not the first castle or structure on that particular piece of land. Apparently, the first castle was built there in the year 1200 and the present castle was built in the early 1840s. It has more in common with previous structures in that it holds a collection of old weapons and armour from years ago. Like a phoenix that rises from the ashes of its predecessor, the Lichtenstein Castle seems to rise up from the rock formation on which it was built and from the rubble of past structures on which is was constructed.

Architect Terunobu Fujimor was considered eccentric in his architectural design, but his knowledge of architecture history allowed him to combine the traditional with the modern using his materials and structures. Perhaps his most well known structure is the ‘tea house on stilts’; Takasugi-an in Japan. Its name means ‘too high tea house’ – a structure 19 feet in the air, supported by two rickety trees. Fujimor built it for his own benefit and access the room via a freestanding ladder.

Structures are not always built to be treacherous or unstable, but sometimes they turn out that way. Then there are purposefully built on a cliff edge or suspended in the air. These are five of such dangerous structures.