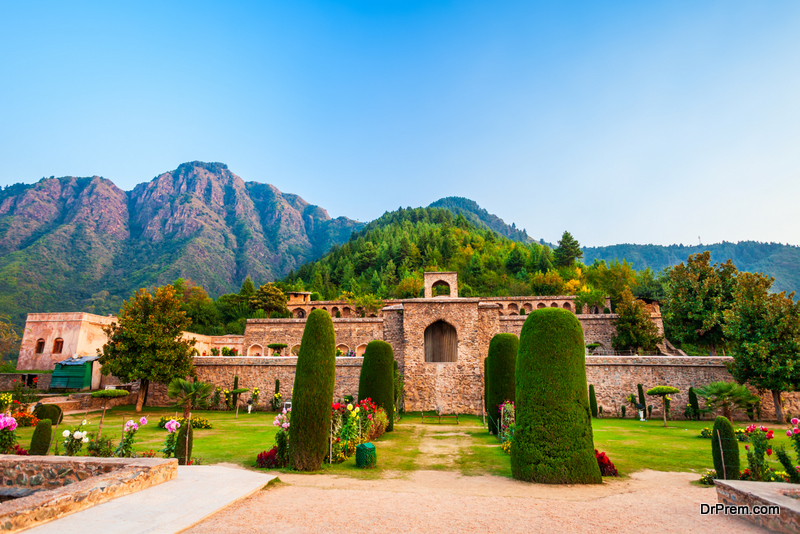 Six Most Exciting Places You Must Visit in Srinagar

The summer capital of the Union Territory of Jammu and Kashmir, Srinagar is an adorable city. The city extends in Kashmir valley near the shores of the River Jhelum. Apart from the unparalleled natural setting, Srinagar is famous for its stable houseboats and elegant Shikararas in Dal Lake. The floating vegetable store of Srinagar as well as the Mir Bahris community that resides on the lake itself, are great charms of Srinagar. A unique aroma in the spices of local foods is another reason to visit Srinagar. With this article, we will get to know about the top 6 exciting places in Srinagar. 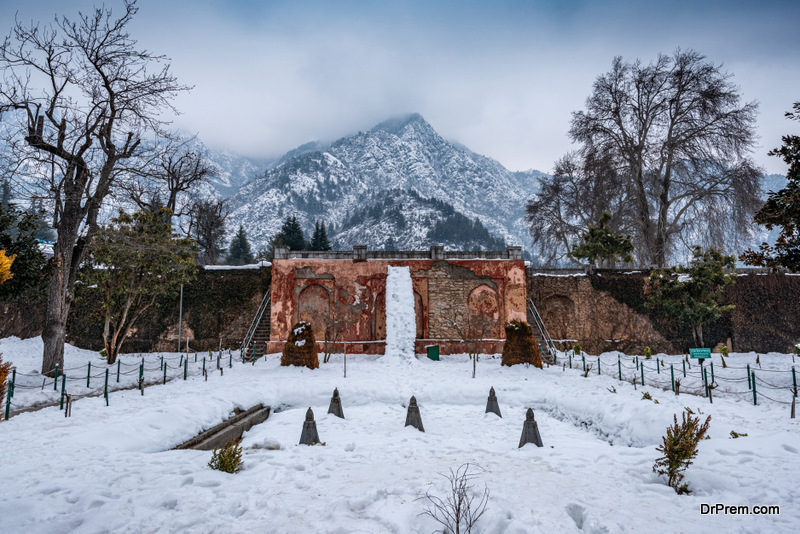 Zabarwan range in front of Dal Lake houses this beautiful Mughal gardens. This was established by Ali Marda Khan in 1632 AD in the time of Mughal emperor Shah Jahan. The ruler built this attractive garden for his beloved and eldest son DaraShikoh. The superior attraction of this patio is RupaBhawani which is a natural freshwater spring. Motivated by Persian terraces, the Chashmashahi garden is designed with fine Mughal architecture. The garden is found at a 12 km range from the Srinagar city centre. Public transport options like Matador & Mazda are open to reaching the garden. Chashmashahi garden is publically open from March to November every year.

Built in the 14th century, this garden is pretty close to the human imagination of how paradise looks like. Many Srinagar Packages include this garden as one of the best sightseeing places. Badamwari garden is found over the Hari Parbat hill and produces a grandeur show. Blossoming bushes and shrubs ornament its ambience to attract all tourists. The best time to visit this garden is the spring season. At this time the garden has a unique natural vibe. Beautiful white wildflowers spread their melody in the garden and the refreshing smell of the garden is a prize for nature lovers and visitors. In the evening the picturesque beauty of the garden is levelled up to become more admirable. 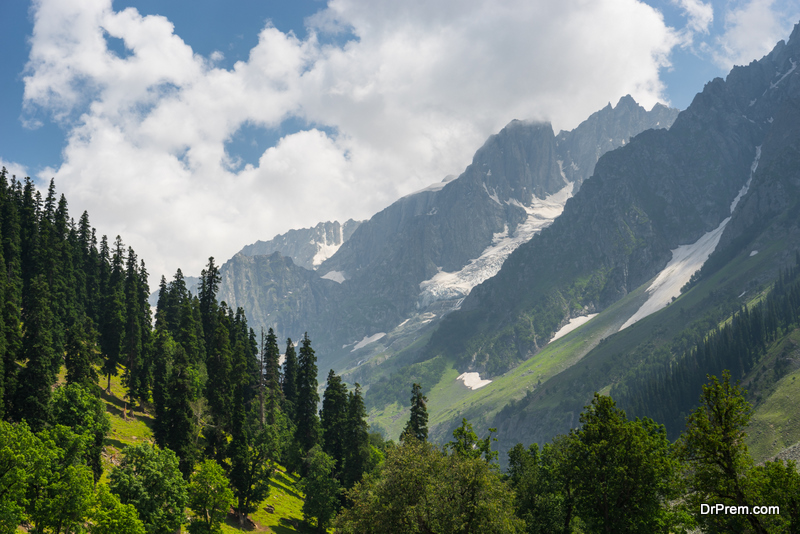 Widely regarded as the land of gold Sonamarg is a highly spectacular place among the hill stations of India. Towering at an altitude of 2730 m with snowy mountains in the background this place is highly picturesque. The Sindh River takes its path from the valley and the view of the same is a sight to behold. To travel the path up to Thajiwas Glacier one can hire a pony. The place also works as the base for the holy AmarnathYatra. 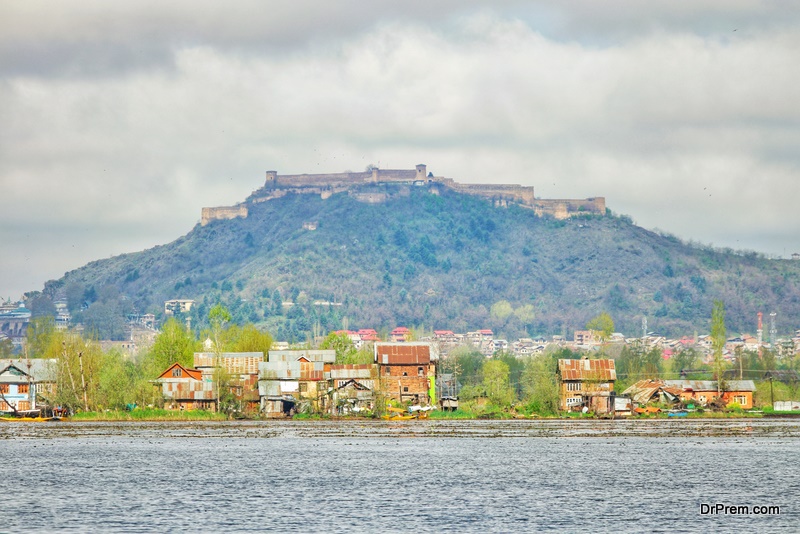 One of the greatest historic places in Srinagar is Hari Parbat Fort. The fort is also recognised by the name Kooh-e-Maran and sprawls on the west front of Dal Lake. This 18th-century Mughal edifice was built by Atta Mohammed Khan who was an Afghan Governor. The enclosing structure of the fort indicates all religions. Hari Parbat Fort presents a perfect top view of the Makhdoom Sahib Shrine. Big pillars and ancient apartment-like design make this fort very impressive even today. Presently, the fort is managed by Central Reserve Police Force (CRPF). The preservation work of the Hari Parbat Fort is currently under the control of the Archaeological Survey of India (ASI).

Meaning The Palace of Fairies, this is a seven terraced patio located at the Zabarwan mountain range. This palace was constructed in the mid-1600s PariMahal is a great impression of Islamic architecture. Initially, it was developed with a goal of the library and a residence, later, PariMahal was transformed into a space observatory to practice astrology and astronomy. It is also supposed that for some time the palace was utilised as a Buddhist monastery. The exterior of the fort is built with a set of 21 curves arranged in descending order. PariMahal is a must-visit if you have a particular nexus with historical monuments.

A Tourist’s Guide to the Ultimate Shore Fishing Excursion

Five Dangers to be Aware of When Visiting the Beach