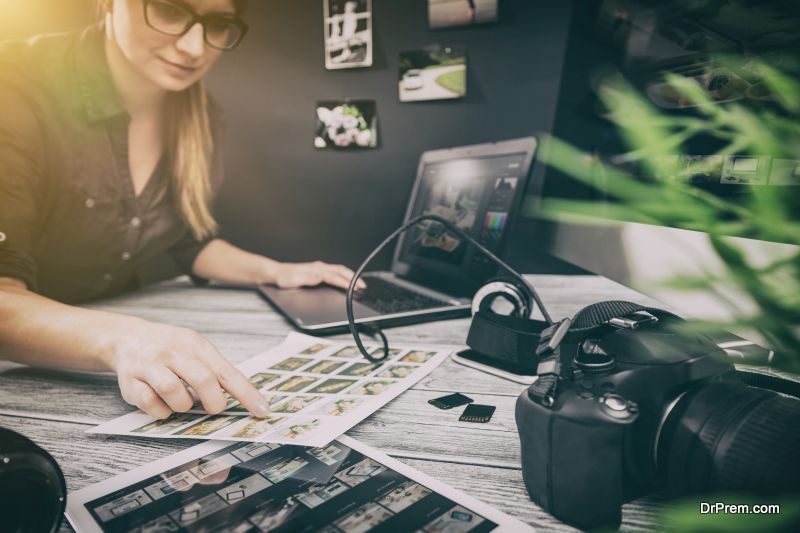 Take pictures with the people than with the shutter

In the world of constant communication around, people hardly get time to visit beautiful and deep places. People can now see foreign places, different people, countries, places that they can never visit in their lifetime, memories, world history through photographs. Photography is an art of capturing moments and places. Earlier, people involved in photography were very less and they were called artists. Now since the advent of modern technology and the interest of the people, there are many photographers all around the world. The pictures from their perspective are totally different from the common man. The process of taking a picture is science and art. The main purpose of photography is communication. It also enables people to become artists, preserve history and encourages people in ways that words cannot explain.

Effects of photographs on society

They always have a major effect on the society. Photographs also sometimes affect the voting decisions. For example: In case, people get to see the photographs of their political leader doing no good to the country, there is a chance for them to vote against him or her. Voting behaviors are largely determined by the attractiveness of their political leader photographs. Images in newspapers and broachers, help people decide whom to vote for. Mathew brady, is a photographer who took a picture and exhibited in the famous New York gallery called the “The Dead of Antietam”. The pictures in this gallery depicted the aftermath of the bloodiest civil war. It was the first time that the public could see the atrocities of a war. It became a controversy and stirred public conversation.

Some were shocked to see them where as some were fascinated to know new things. The interest in photography increased on the invention of Polaroid camera. With the press of one button, photos were developed instantly. This made the camera use easy. On the invention of iPhone in 2007, people could take pictures from their phone without having to carry a camera all the time when they go out or wanted to take a picture. It also had the ability to transfer the pictures instantly to the world. Though photography requires practice, anybody who has a camera can start to learn the skills of it. Now-a-days, there are classes taken on the art of photography. People are interested to learn the skill of photography and image visualization through video sessions, masterclasses, workshops etc. The field of photography is also developing now and artists see a gradual increase in their turnover.

Artists, who have photography as their profession, travel around the world to meet new people and places in the earth. Some may even set tours and travel with fellow colleagues. One such world-renowned photography is the Guilin photography which focuses to plan for their fellow passengers to travel and take pictures of the most beautiful places under the sky. They take photographers who book them to places like the Li River, Fuli, Daxu, Longji Rice terraces etc. They are recommended by many famous foreign photographers. They give the best idea to shoot places which looks best in dusk and dawn. One can book the tour online in their Guilin photography tour website.

Take pictures with the people than with the shutter was last modified: April 17th, 2017 by admin
communicationFeaturedPeopleperceptionphotographsphotographyshutterTake picturesTop
previous post

Have you heard about the Santa Catalina Island?