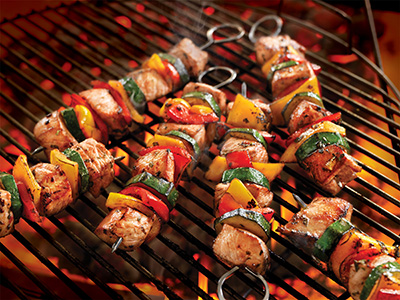 THE BEST FREE OPEN SPACES TO BBQ IN BRITAIN THIS SUMMER

London Fields in Hackney may be one of the best places in London to find “hipsters” but it’s also one of the best places to find a designated BBQ area. With a cricket pitch, tennis courts, BMX track, table tennis and play areas it’s a great location on a sunny afternoon for all the family. Also located very close to Broadway Market if you’re running low on burgers and sausages.

The New Forest National Park is a beautiful historic hunting ground spanning over 220 square miles. It is also a fantastic spot to have a BBQ as the park authorities have a set up a number of designated outdoor cooking areas. Enjoy a freshly barbecued burger among the vast ancient woodlands and wildlife.

Brighton is many people’s favourite seaside town and is packed full of top class restaurants, bars, shops and tourist attractions. The council are also very happy for visitors to use the beaches for parties and BBQs provided that a few rules are obeyed:

–       BBQs are not permitted between the two piers

–       BBQs are not permitted on the promenades

Apart from that cook away to your hearts content.

Derwentwater is one of the most picturesque bodies of water (not a lake) in the Lake District (which contains only one lake). In fact the views from the surrounding hills and woodlands around Derwentwater near Keswick are probably some of the most beautiful scenes to be glimpsed in the UK. Just as well then that you needn’t stray too far from the natural wonders to have something to eat. Many of the car parks around Derwentwater have BBQ facilities and are only a short walk from the waterfront.

The council of Islington lifted its ban on outdoor cooking in 2012 and has since become a barbecue-loving borough. Recognising that most of their residences do not have gardens, Islington Council declared that as long as people cook responsibly and clean up after themselves they will continue to allow barbecuing in their parks. As a result Highbury Fields has become a hotspot for London’s outdoor cooking enthusiasts.

Bamburgh’s beach has two stunning views: one, out to sea, looking at the world famous Farne Islands (Britain’s most prominent seabird sanctuary and David Attenborough’s favourite nature resort in the UK) and the other, back inland, looking up at the sublime sight of Bamburgh Castle.  The beach is a great place to have a barbecue and watch the sunset over vast stretches of magnificent sand dunes.

It’s very difficult to only select one spot in the Highlands for a great free open space for BBQ but Cairngorms National Park with its rivers, glens, lochs, moors, farmland, forests and the UK’s highest and largest mountain range, truly is one of the most diverse and enchanting landscapes that we have. The park itself is home to golden eagles, reindeer, otters, wild cats and a quarter of all of the endangered wildlife species in the UK. There are designated BBQ areas within the park and if you are camping or taking a caravan then Blair Castle Caravan Park is another great place to hold a BBQ*.

NOTE: Despite the claims of many websites, no Royal Parks allow the use of barbecues so don’t go scaring the deer in Richmond Park with your flame grilled venison steaks.

* Never use a barbecue inside a caravan or underneath an awning. As well as being a fire hazard it can result in carbon monoxide poisoning and invalidate your caravan insurance.

THE BEST FREE OPEN SPACES TO BBQ IN BRITAIN THIS SUMMER was last modified: April 10th, 2015 by admin
previous post

The best bars to satiate your love of good beer

Enjoy your vacations this year on these ocean-front destinations