Ever since the dawn of time, man has travelled everywhere to explore the different places of the world. From natural enigmas, guarded structures and manmade wonders, there are so many things that we can see in various parts of the globe. Today, the world is progressing at a fast pace. People love to explore new sites and learn the historic past that is there. While most places are accessible for people to travel, there are a few forbidden travel destinations.  Let us check out a few of these secret destinations and the reasons why people are not allowed to step foot on these soils.

The next name that comes into mind when you look at places tourists cannot visit are the Lascaux Caves located in Southern France. Although this is one of the most spectacular places to learn more about the human race; however since 1960’s, this place has been off limits. This is because of the potential health hazards due to the invasion of black mould and fungi. Along with that, the local authorities are also very protective about the beautiful 20,000-year-old Paleolithic paintings and drawings on the cave walls.

The Vatican Secret Achives is one of the most secret destinations in the world. It is the home t the most historic documents, papal account books and state papers of the Holy See. The Vatican City officials have done a very good job protecting these aged old documents that dates back to the times when King Henry VIIII and Mary Queen of Scots lived.

We all have heard of the Area 51located in Nevada dessert in one way or the other. This is not only the most secretive military base but also one of the unusual banned places on Earth. This area is highly protected with various defenses including ground mines. Word has it that, US officials for alien testings use this area.

The North Sentinal Islands located in the Andaman Islands is an untouched area even today. This is because the Sentinelese tribe, which is known to be an indigenous group of tribal people, protects it. This is a group of locals that have been in isolation for more than 60,000 and do not like anybody stepping foot on their soil. It is known as one of the forbidden travel destinations because there have been instances where the tribes have killed or harmed anybody or anything passing by.

Japan is one of the places in the world where you can get to see some of the most beautiful spiritual and historic sites. However, one place is off limits for regular tourists and that is Ise Jingu. This is why it falls under the list of forbidden travel destinations. As per the norms here, only the imperial family members or high-ranking priests are allowed to visit the Shinto Shrine. It is not only one of the sacred places but also considered as the world’s most secret destinations.

Since we are looking at the different places tourists cannot visit; the Tomb of the Qin Shi Huang cannot be forgotten in the forbidden travel destinations. Located in Central China deep beneath a hill, it is known to be one of the royal underground caverns of the region. The beauty of this place is that it is home to the clay reproductions of the first Chinese Emperor Qin Shi Huang along with his family, armies, horses, staff and servants. It is not only one of the unusual banned places; but is also known as the Home to the Terracotta Army. 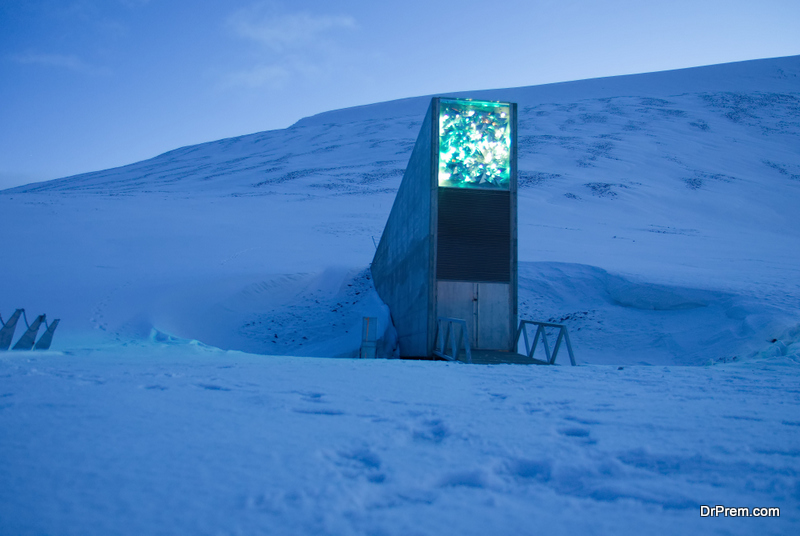 In 2008, the Spitsbergen island in Norway officially opened it’s doors for the most unique reason not for the public; but for the Governments across the world. The reason- a special storage seed vault. This seed vault is the home to more than 4000 species and 840000 samples of seeds from various parts of the glove. The Norwegian Government came up with a special concept of protecting different types of seeds incase of a regional or global event. Since this vault is more like a safety deposit and a highly secured area, the area is part of the forbidden travel destinations list.

While Brazil is one of the most visited places in the world, there is still a particular area, which is not open for public. The reason why the Snake Island is one of the forbidden travel destinations is that it is home to the most venomous snakes in the world. AKA Ilha da Queimada Granda, this island is located around 93 miles off the Sao Paulo coast. As per Government regulations, only scientists and researchers are allowed to go to the Snake Island by obtaining special permission.