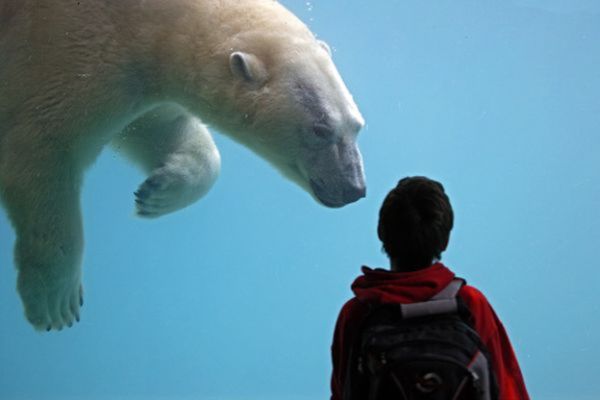 Zoos have always been a centre of attraction for those who love to trail in the life of the wild. With the growing depletion of forests and extinction of many wild animals, zoos have gained more importance as learning centers, which make us aware of the threat posed to the existence of wild life and the ways of its conservation. These animal-friendly wildlife parks are much cheaper than the extra expensive amusement parks. Following are the five among the best zoos in America:-

The Bronx Zoo: With a total area of 265 acres, the Bronx Zoo is the largest metropolitan animal park in America. It was first opened in 1899. It is a home to more than 4,000 animals belonging to 600 different species. It perfectly imitates a large number of natural habitats that include African Plains, Himalayan Mountains and Asian forests. The visit to this zoo is mesmerizing enough to make you forget the clatter of the cities. You can have a close rendezvous with the Siberian big cats (Tigers) at the Tiger Mountain and can have a close knowledge of the Wild Asia Complex, which is the recreated form of Asian rainforests that boasts native Asian birds, leopards, gibbons and lizards.

Arizona Sonora Desert Museum: The Arizona Sonora Desert Museum is located in Tucson and is adjacent to Saguaro National Park. It includes an area of 15 acre protected landscape. The animals here have been perfectly adjusted to their natural looking habitat and the place contains plant forms like cactus, grassland and mountain woodland. You can have a look at animals, such as javelinas, big horn sheep, butterflies, beavers, rattlesnakes, owls, Gila monsters and many more.

Disney Animal Kingdom: Animal Kingdom is the largest theme park of Walt Disney and is spread over an area of 500 acres. This park offers you a close view of more than 1700 animals belonging to 250 different species. The park contains seven habitats that include Africa, Asia, Camp Minnie-Mickey and DinoLand U.S.A. The park contains animals such as zebras, elephants and hippos but is also famous for its rides and other attractions like Expedition Everest, Kali River Rapids raft ride, Kilimanjaro Safari Expedition and the Wildlife Express Train.

National Zoo: The National Zoo is located in Washington DC. The Komodo Dragons, Hsing-Hsing, Orangutans, Golden Lion Tamarins are amongst the many inhabitants of the Zoo. In addition, a Think Tank allows the apes to use touch-screen computers while the scientists take their measures. Some of the animals from here are also being successfully sent to their natural habitats.

Zoos in America allow you to go wild with almost all types of animals from different places on Earth. These include different forms of wildlife from Giant Pandas to Himalayan Zebras to Mountain Lions, all in their natural habitat and are the best place for animal lovers and even families to visit.