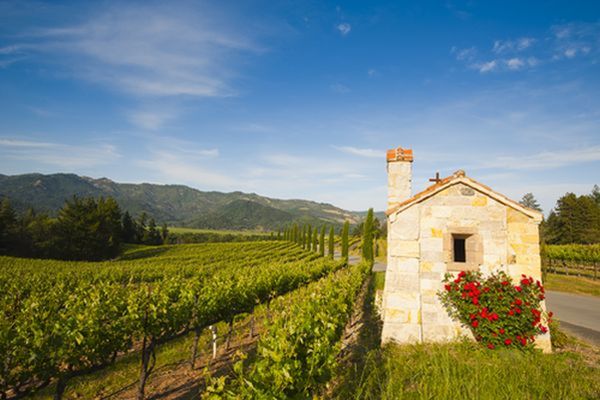 Top wine destinations to visit in 2014

The top 10 wine producing countries are France, Italy, Spain, the United States, Argentina, Australia, Germany, South Africa, Chile and Portugal. Of these 10 we take a look at 5 of the most popular wine destinations. The taste of wine varies depending on the grape growing process, the location in which it is made, how it is stored and which foods it is paired with. These 5 wine destinations not only vary in the quality and characteristic of their wine, but the way in which they produce it and the local food they present it with.

Napa Valley in California is one of the most prestigious wine producing areas in the world. The wine industry took a fall in the 19th and 20th century because of an outbreak in a particular wine disease, but it has fully recovered since and produces top quality wine. The history of grape growing in Napa Valley dates back to the mid 1800s, giving the region ample time to perfect the craft of wine making.

Like the United States, South Africa is considered a New World wine region. In Old Wine regions, the theory of terroir plays a key role; where the climate, environment, and human involvement influence the taste of the wine. New World wine regions rely on a more scientific approach and emphasis is placed on the winemaker’s role. South Africa has a long history of European influence, France being one such influence. France had long been producing top quality wines when settlers in South Africa introduced it. A wine route runs through the Western Cape Province, offering visitors the opportunity to visit many picturesque vineyards and sample an array of wines.

France is the biggest wine producer in the world. Languedoc is in the south of France with a capital city after which one of the kittens in the animated movie Aristocats was named Toulouse. It produces a third of the country’s grapes so it is no wonder that it is renowned for its wine. The pristine coastlines, magnificent mountain ranges, and picturesque vineyards make for a beautiful setting.

The second largest producer of wine is Italy. Umbria is the only part of Italy that does not border another country, nor does it have a coastline; it is landlocked. The historic towns of this area appear to be snapshots of a time gone by. It is fitting then that this region is known as the ‘great heart of Italy’. We all know how amazing Italian food is, now imagine how great their wine must be.

In terms of vineyard acreage, Spain has the largest. Ribera del Duero is home to a popular vineyard between Madrid and Santander. Spain might not produce as much as Italy or France, but its quality of wine is definitely up there.

If there was any way to taste a country it would be through its wine. Taste varies according to place, the people involved in its production, and the climate in which the grapes grow. These are five of the top quality and quantity wine producing countries in the world.

Tips for businesswomen to travel smart, safe and light

All you need to know about Big Pig Jig