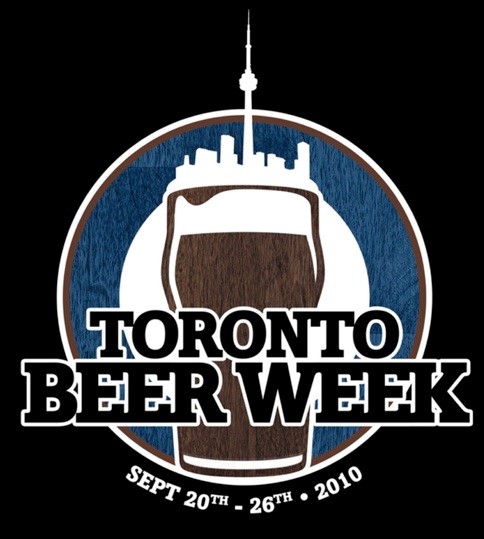 The inaugural Toronto Beer Week is in full swing across the city.. From September 20th to 26th an array of pubs and restaurants are offering entertainment, taste pairing, educational workshops, and more…all in the name of beer!
Toronto Beer Week is the idea of several different entrepreneurial types, all with one thing in common – the love of craft beer! There’s already the Toronto Festival of Beer that’s been happening every summer for nearly two decades, and the more recent Ontario Craft Beer Week, so why the need for another beer event? Because we’re Canadian, that’s why!
Toronto Beer Week is a cross-city exploration of all things beer, from brewpubs and mircro-breweries, to roadhouses and fine dining establishments, there’s something for everyone. Basically, each participating venue is offering some sort of special event or menu pairing throughout the week. There’s a handy pocket guide map that lists each of the more than 50 venues locations, making it that much easier to plan your itinerary of beer tasting.
Many events have been arranged as a one-time occasion exclusive to Toronto Beer Week. Check out the events page on their website for a day-by-day breakdown of special events, such as a cask challenge, all-you-can-eat Sausagefest, a homebrew competition, scavenger hunt, music, film, micro-brew sponsored evenings, and educational seminars. There will also be trivia, prizes, new product launches, harvest celebrations, and more.
The main difference between the other beer events and this one is that it is spread throughout the city, creating an atmosphere of exploration within one’s own city. So instead of hitting up your local pub, why not try one of the participating establishments at the other end of town, where you never know what you will discover.
Toronto Beer Week showcases authentically brewed and flavourful beers, the talented brewers who create them, and the licensees who proudly support them. Brewmasters, licensees, and beer lovers will be united for one full week in Toronto, ending on Sunday September 26th.
Here are a couple recommendations, with additional details to be found on the Toronto Beer Week website. Cheers!
1. Bar Brawl at La Palette – four beers with four snack pairings
2. Fermentations – Beer School – learn about bitters and ales
3. Nick’s Pub Crawl – afternoon romp through four establishments
4. Adventures of the Gourd – Harvest Beer Festival –The Rhino
5. Beer Quest – find the clues, answer questions, win prizes

10 Surf Camps Around The World