Home Off Beat Unusually unique McDonald outlets across the world 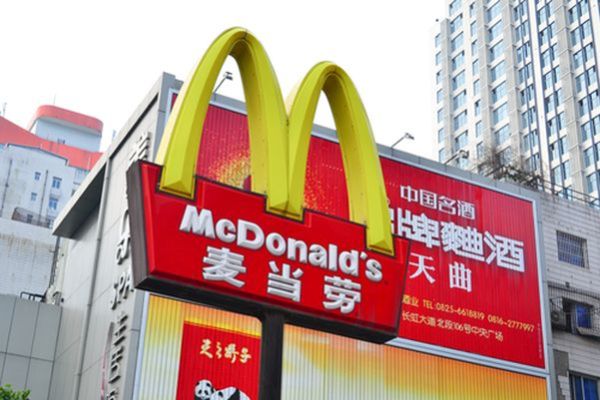 When you think of McDonalds, does the word ‘cultured’ come to mind? I did not think so, but believe it or not, McDonald’s adapts to the cultural contexts of the 119 countries you can find it in. What began as a barbeque restaurant in 1940 is now the largest chain of fast food restaurants that adapts its menu according to each of the countries. This is not to say that you will be able to order Kangaroo Mc Nuggets in Australia or a Baobab milkshake in Africa, but there are some questionable, yet unique, items on the menu. These are some of the most unusual McDonald’s restaurants from around the world:

What is McDonald’s without beef? McDonald’s in India has managed to build an entire menu without including any beef items, owing to the cow’s sacred status. However, this does not stop them from adapting original items into more popular and acceptable forms. An example of this is the Mc Veggie burger for vegetarians. Similarly so, McDonald’s in the United Kingdom caters for vegetarians by serving vegetable-based burger patties or other items such as porridge.

India is not the only place to have restrictions on the meat that may be consumed; Israel further modifies this by avoiding meat-cheese combinations and ensuring that items on the menu are kosher. It is easy to spot a kosher McDonald’s, judging by the replacement of its iconic red and yellow brand with blue and white Hebrew letters.

Italy is renowned for its architecture, art, music, and food. How then can a fast food chain such as McDonald’s incorporate the eloquent and rich culture of Italy? The way they have achieved this is by establishing one the fanciest McDonald’s in the world. McDonald’s incorporated Italian cuisine which lead to an uproar and a social movement of ‘slow food’ that protested the consumption of fast food.

What would the ultimate slap in the face to communism be? How about a McDonald’s store opening below a museum commemorating communism and its downfall in Prague? McDonald’s is a capitalist business and one enjoyed by many Czechoslovakians enjoy sampling what capitalism tastes like.

The Chinese New Year is a big celebration and an extravagant display of cultural symbols, colors, and practices. So why not incorporate this iconic event into the McDonald’s menu. The two come together in a delicious mixture of old and new annually when festivities take place to welcome in the New Year.

McDonald’s is available on every continent except for Antarctica. It changes its menu to suit the cultural preferences of each of the places. It prides itself in being the most successful fast food chain and in branding itself as a business that adapts its products according to the client’s requests. McDonald’s not only serves fast food, but also is fast growing and spreading to all corners of the globe. We view the unique adaptations in five of these restaurants.

Malta: Combine improving your English and an unforgettable holiday