Home Travel Resources Guide Viva Stansted Airport: In It for the Long-Haul 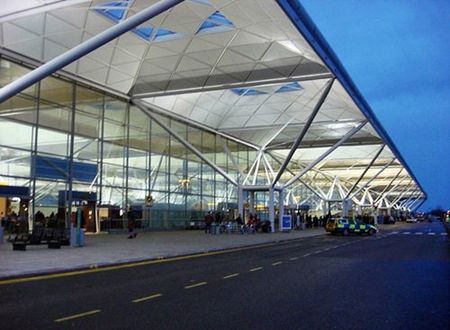 Viva Stansted Airport: In It for the Long-Haul

The abundance of options available when it comes to choosing a break, even for the seasoned traveller, can be utterly mindboggling.

Considering the competitiveness of the industry, travel firms, thanks mainly to the internet, are offering tourists the kinds of deals that make taking a trip relatively inexpensive.

Recently, yet more choices have been thrown into the mix with news that Stansted Airport is set to offer its passengers long-haul flights to Orlando, Las Vegas and Cancun from next summer.

Although Stansted currently has only one runway, passenger numbers are growing steadily, with over 17.5 million flyers travelling through the airport in 2013.

The recent announcement is great news for holidaymakers from the East and South East of England as they can drive to Stansted, park with the experts and fly long-haul with the minimum of fuss.

But what is there to do once you touch down at Cancun International, Orlando or McCarran?

The gambling capital of the world has come a long way from its start point as a stopover on the pioneer trails to the west. Since the 1940s, the city has gone through a remarkable transformation to become one of the top tourist destinations in the world.

Aside from throwing money at the roulette wheel and crying into your pillow, visitors can get married at Little White Wedding Chapel, take a trip to the Grand Canyon, watch a Cirque du Soleil show, head to the Shark Reef Aquarium at Mandalay Bay, then head back for a little more gambling.

Thrill seekers will love Orlando, as it’s known as the “Theme Park Capital of the World”. It was the most visited American city in 2009 and, considering it’s home to Walt Disney World, it’s hardly surprising that tourists flock to it like moths to a flame.

Away from the thrills and spills of the theme parks, visitors can take in an Orlando Magic basketball game, take a relaxing wander around the stunning Lake Eola, spot some fascinating animals at Central Florida Zoo & Botanical Gardens and breathe in the marvels at Orlando Science Center.

Last year was a record breaker for Cancun, with the Convention and Visitors Bureas reporting one of the best years on record. According to them, Cancun’s hotels, excursions and activities brought more than four million tourists in 2013.

With the abundance of activities on offer, it’s little wonder. Located on the Caribbean Sea,  it’s one of the easternmost points of Mexico and is home to the El Meco archaeological zone, Temple of the Scorpion and the Cancun Underwater Museum where over 500 sculptures are on display.