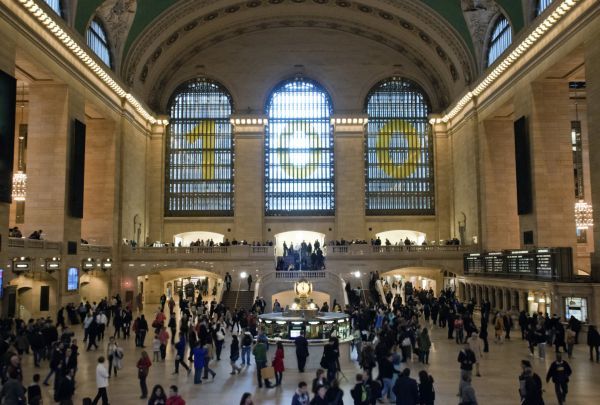 Have you ever wondered how will it look like to see thousands of people in a subway rather than on roads? Prepare yourself to jostle with thousands of travelers the next time you plan a visit to some of the biggest cities. Embrace yourself to visit some the busiest subways that have millions of footfalls annually. Here is the list of some of the busiest subways in world.

Shinjuku is the busiest subway in world with over 3.64 million footfalls daily, streaming to and fro of 200 exit gateways. Shinjuku is a Guinness World Record holder for busiest single station. This station is the most complicated subway station in the world. Around 10 different lines use this station.

If you are ever planning a visit to Seoul to hang out, then you will surely be amazed to see the number of companions you will have at Gyeongbokgung station. Seoul is famous for its subway cars having cramped quarters. These subway cars are unique because of their creative build. These are fitted with all high end technologies like Wi-Fi, TV, Cell Phone receptions, heated heats and many more. The station is a unique example of rich art that displays historic and cultural masterpieces of ancient time. Another add-on that makes it a crowd pleaser is the fare starts as low as $1.

Here comes the subway system that is on top of all charts. Beijing subways are longest in world. It comprises of total 227 individual stations and spreading across 275 miles. Due to government subsidies this subway system is cheapest transit in China charging as low as 32 cents and most rapid also. But there are some situations which puts tourism in China in debate. Acts like physical fights and other situations forced the government to enforce new laws for Beijing Subway system.

Moscow’s subway is among the most crowded subways in world. The highest recorded number of daily passengers was on November 29, 2012 and daily footfalls were around 9.2 million. Kievskaya station is one of the most beautiful subway stations. It will surely amaze you by its marvels like marble floors, beautiful mosaics and many sculptures. The masterpieces are all depicting Soviet Era. In 1941, the deep tunnels of this subway system served as air-raid shelters during the Battle of Moscow.

Shanghai Metro is also one of the busiest metro systems in world. On March 8, 2013, Shanghai Metro recorded the maximum number of daily footfalls reaching up to 8.48 million. Among all the subways stations in Shanghai, most crowded is People’s Square. It comes between two interchanging busiest subway lines. If you come out of this station then you directly explore People’s Park, Nanjing Road and Museum of Shanghai showcasing contemporary Art.

Have you ever visited Times Square and ever imagined the entire crowd on a subway rather than on roads? Times Square is the busiest subway station in New York. It records around 195,000 daily footfalls on an average weekday. New York has a total of 468 stations and Times Square is the busiest of them all. This station seems to be a favorite hangout place for New York people as it operates 24*7 that the top subway stations of Tokyo and Seoul can’t claim. Other station of New York in line is Grand Central. The vaulted ceiling of the Grand Central seems like constellations in sky.

Summary: You might have visited in luxurious cars and other transits. Now try these most crowded subway stations in the world and experience the difference.