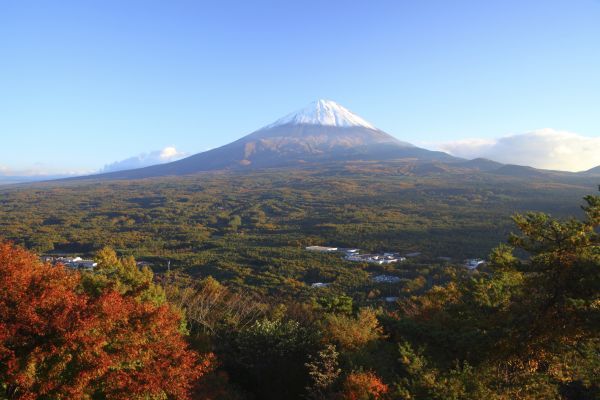 Every place has some mystery associated with it. Some are backed by real life events but some are just man made. If such mysteries don’t scare you then pay a visit to some of the scariest and dense forests that will surely tickle every single nerve in your body. Some fairy tales all them Devil’s home while some call them Man eater. You can never be sure until you experience them by your own. Here is the list of some of the most haunted forests Suggested by Dr Prem Jagyasi that will ever come across.

At the base of Mount Fuji, there is dense forest known as “The Sea of Trees”. This is the eeriest place that you will ever come across. This place will surely give you a live feeling of Bermuda Triangle. As you enter the place your compasses will start behaving abnormally. This is not any kind of paranormal activity but it is solely due to the large iron deposits beneath the ground of forest. Another strange thing about this place is its association with more than 500 suicidal cases since 1950. Local people who reside nearby claim that at night they can hear their spirit’s scream.

You must have heard many fairy tales of Grimm Brothers. Black Forest is the bewitching place near Rhine River that was portrayed in their fairy tales. This southwest part of Germany truly explains its name. Black Forest as its name suggests is so densely forested with mainly pine trees that even sunlight can’t pierce through them. This forest proves to be an ideal place for all supernatural creatures like witches, werewolves, dwarves and many more. In 1794, a more haunted tale of killings and some dark magic were clearly depicted in The Necromancer.

Another haunted forest in the top list is very famous for its unusual sightings. Many claimed that they saw a horse drawn carriage with a couple and two children inside it. Some even claimed that while they were walking through the forests some soldier put his hand on their shoulders. These all stories are associated with the famous hunting grounds “Wychwood Forest” in Oxfordshire. The scariest story among all is of a lady, Amy Robsart. She was mysteriously found dead in the forest with her neck broken. It is said that anyone who meets her in the Wychwood Forest will befall under the same fate.

About 10 miles away from Siler City, deep in the forest near Harper’s Crossroads you can witness a 40 foot ring. It is believed that every night devils circle here in a group and makes plan on how to destroy the mankind. The strangest thing about this place is that without any reason this 40 foot patch is devoid of any cultivation. However, Department of Agriculture of Carolina is trying their level best to find out the reason behind this mystery by taking the soil samples.

Another mysterious island that will surely scare you is the Isla de las Munecas near Mexico City. As you set your foot on the island you can see a tree with thousand of dolls hung on it. The only inhabitant of this mysterious island was Don Julian. He found a body of a girl in the canal some 50 years ago. At the same time he also found a floating doll in the same water. To pay tribute to the dead girl he hung the doll on a tree and since then he string up many till 2001. In 2001, he drowned in the same canal in which the girl’s body was found. Some believe that these dolls with their limb and hands missing contain evil spirits. Some claim that these dolls are savior of the island. If you don’t believe on words and have a trip to this scary place and experience the haunted stories associated with it.

Summary: If you love wildlife and want to explore nature in forests, then do try these haunted forests that will surely change your love for the nature and wildlife.