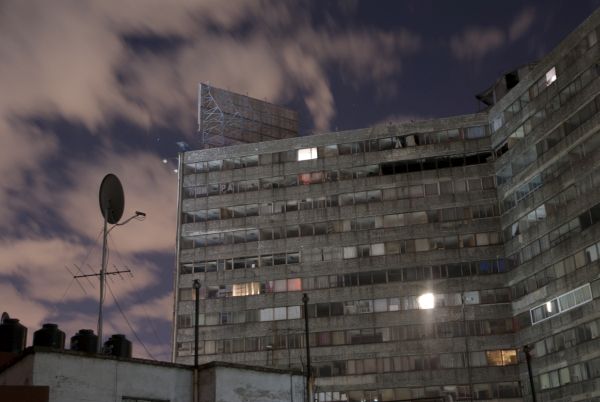 Post-apocalyptic places to visit before the apocalypse happens

There are thousands of people who are not lunatics but believe strongly in the impending doom theory. They think that apocalypse will take place sooner or later and that’s why they have got their post-apocalypse wish lists ready. There are actually places around the world that were constructed in the anticipation of apocalypse. As apocalypse is yet to occur, those places have turned into tourist attractions.

After the apocalypse, there will be almost no trace of the Disney World or any other theme park. It is very thrilling to imagine how a ruined post-apocalyptic Disney theme park will look. The first ever water park of Disney was built in River Country in1976. Generally, the Disney theme parks get 30 million visitors every year but this one doesn’t. This theme park was abandoned in 2001 and it seems that Disney has forgotten all about it. As a result, nature has become wild around this place and demolished its polished beauty. It looks pretty post-apocalyptic now.

It is hard to believe that there is a bird sanctuary and lost city so close to Manhattan. It is located by the side of the East River. Before the world war took place, this island was the place where severely infected and diseased people were kept quarantined. Typhoid Mary was one of the infamous residents of this place. Later during the world war, injured people were sent here and it was also a treatment center for the drug addicts for quite some time. At present, it looks like a forbidden city with vacant buildings and chapels.

In the 1960s, the Miami Marine Stadium was built for speed boat racing. There are total 6,600 seats in the stadium for the accumulated audience. After the ravages of Hurricane Andrew, it was shut down in the year of 1992. At present, it is considered to be one of the best places for budding graffiti artists and free runners.

For a real taste of what life would be after the apocalypse you should the Insurgentes 300 building. In the year 1985, the building was damaged by an earthquake. After that, the government had asked the residents to evacuate the building. All sorts of people still reside inside the decaying and inclined office building. The occupants are still fighting to get the house repaired but without any positive response from the government.

The Cold War Tunnels of UK

In both Manchester and Birmingham, you will find underground tunnel which were built during the Cold War secretly. In those days, thousands of tins containing food were stored down here fearing sudden attack and the need to hide the affluent VIPs.

Some of the Meatpacking Plants

Abandoned meatpacking plants look eerily similar to our imaginary post-apocalyptic buildings. The forlorn plant of Armour & Company of America in Fort Worth of Texas was burnt in a fire. Despite of the fire, the strong steel structure underneath remains almost intact. It was used as a prison for shooting the famous TV series Prison Break.

There are plenty of forlorn and abandoned hospitals and lunatic asylums, which are creepy and will give you the right sort of post-apocalypse vibes. For example, visit the De Jarnette State Sanitarium that was abandoned because mental patients were cruelly treated here.

Post-apocalyptic places are very fascinating, at least for some people. Abandoned resorts, lodges, hospitals are good choices for midnight visit with friends for some adventure.

Krakow is the destination to appease your taste buds