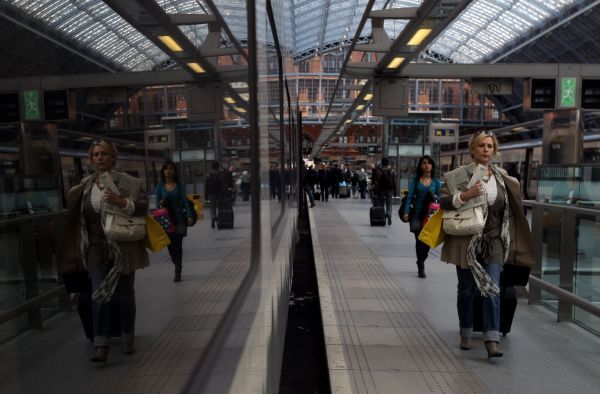 Travelling through train is been our culture since many centuries. Trains have seen a vast range of development, from coal engines to steam engines and from fuel engines to highly advanced electric engines. Not only trains, but stations also witnessed some remarkable changes with the new emerging era. With the recent growth and advancement in high speed rails, there is a need to renovate the stations and develop them according to that standard. Here is the list of some of the most beautiful Train stations in world.

Antwerp Central Station was constructed in 1905 and it was the main point of criticism at that time. The reason of criticism was its remarkable and advanced construction in accordance to the less developed era at that time. It was decorated by more than 20 different types of stones and marbles. With the eventual development and globalization it proved tough to all the criticisms and not this ecstatic and enormous station with a large dome stands tall without any fear. In 2009, this station was used in one of songs of “The sound of Music”. If you want to have the best view of the whole station, then stand on the uppermost level and have a view of amazing glass and iron ceiling.

St. Pancras station was built in 1968, involving the Gothic red brick architecture on exterior. It became very popular at that time because of this red brick facade. With so many decades passed, it again gained popularity because of its recent renovation in the decline of 20th century. Around 800 million pounds were sanctioned for its renovation. As the work progressed, workers were able to clean around 30,000 pounds of dirt and more than 8,000 glass panes were restored in the roof. If you ever stand under this roof then you will be speechless by the aura of this huge blue shed. It is now one of the finest Victorian places in London. It also has a newly renovated St. Pancras Renaissance Hotel.

CFM Railway Station is a remarkable example of modest beauty. The amazing architecture of this station involves wrought iron work, a huge dome and beautiful mint green exteriors. This station is the real gem of Maputo city. It was designed in 20th century by renowned Gustave Eiffel. The station also has some historic steam locomotives that add more to its beauty. Daily modern trains bring and take passengers from this historic station. Another thing that adds to the aura of CFM Station is its Ka Mfumo Jazz cafe situated inside it. Every weekend it showcases some amazing live performances that will make your journey more memorable.

Japan has always been a hotspot of culture along with technology. In 2005, it unveiled Kanazawa Station. This station was surrounded by many controversies due to its modern entrance. The architecture involved a drum shaped Tsuzumi Gate and Motenashi Dome in the shape of an umbrella. The criticisms were that this architecture clashes the old and traditional architecture of castle town. This castle was preserved since World War 2 as it was spared from those bombings. But due to its unique architecture, it attracts photographers and tourists from all parts of the world. Its sleek design and beauty helped it to regain its reputation. One amazing thing that helps this station to stand out of the crowd is the cool fountain at its entrance. This futuristic fountain is designed to display time in the form of a digital clock.

Summary: If you are tired of the long train journeys and want some change, then the next time you visit these stations then don’t be surprised by the sheer beauty and relaxing environment of these amazing stations.