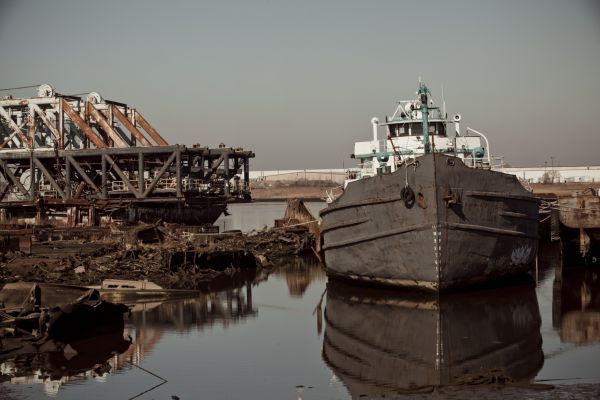 Some places are built with so good architecture and is full of warm hospitality. But sometimes when a building or a place is discarded or gets void of humans, then the place is left with only negative energy. Some associate this energy with dark side and these creepy places get a stamp of eeriest abandoned place. Today, young photographers like to visit to these sites and take some unusual photographs to show how creepy a place can be. No matter how beautiful a place is, nothing can stand in the way of time and nature. Have a look at some of the eeriest places in world that were once some famous spots of many people and now they are just some discarded building.

Among the eeriest places, the top place on the chart is the famous spot of India. Bhangarh is dusty place of Rajasthan that once witnessed lusg green fields and lot of money before 1783. But in 1783, a black magician cursed this whole place and all its residents. He cursed that everybody who tries to live in this place will die and that same year Bhangarh lost its battle to neighborhood. Now it is forbidden by the government to visit this place after sunset.  It is claimed that after sunset it contains all the evil spirits. This place has now some city’s ruins and two abandoned temples. About 10 miles away from this place, it has a luxury haveli “Amanbagh” that usually conducts twilight tours to this place. But visit this place at your own risk because Bhangarh is among the scariest and highly cursed place in the world.

Tigboats are well known for their strong and stout built that were a perfect example of nautical hope. Tugboat Graveyard in New York’s Staten Island comprises of hundreds of such hulks. This neglected port has vast number of abandoned tugboats, dredging barges, rescue ships and old fairies. As far as you can see, this place just contains such wrecked ships and that is why this was given the name of Graveyard. If you want to visit this site then you can book a stay at Bowery Hotel and take a 45 minute free bike ride to this eerie site. This way you can have the real scary feeling of this abandoned place.

Some places can be more creepy and scary than psychiatric hospitals. Built in 1926, Lier Sykehus consists of 12 hospital buildings. Out of these twelve buildings, eight are still occupied by mental patients and are undergoing treatment, whereas four buildings are totally abandoned by the residents. This structure was partially shut in 1986. It was once a center for creepy treatments for patients. They were given electric shocks and the place was famous for frequent lobotomies. If you really want to experience the feeling of torture which those mental patients went through, then do visit this place. Lier Sykehus still has a feel of such cruel activities.

In 1943, Mountain state of Michoacan faced nature’s fury. An active volcano threw lava on this village and San Juan Parangaricutiro along with Paricutin got buried in black layer of lava. Since then all you can see is the high layer of lava all around and since then the village was abandoned. Many parts of the village were safe from the fury of lava while some buildings could not make it. The bell tower of San Juan protrudes out from the black layer of lava. This layer hides the beauty that this village boasted before this fury.

Summary: If you want to experience the real fury of nature then visit these abandoned places. Once a center of attraction of that area, these places are now far away from any human in-habitation.