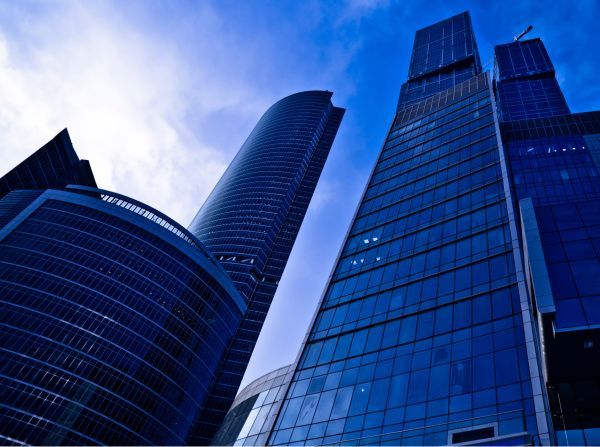 Living in some rocket shape buildings and travelling with jet packs seemed to be our destiny in the early 1950s and 60s. With the fast growth and scientific advancement, this era is not far away. Today architects are using their expert skills and some high end technologies to construct futuristic buildings that we may have never imagined. These buildings not only have the essence of future but also have eye catching designs. They will solve many novel problems that lie ahead of our future generations like water harvesting from clouds, black water treatment and many more. Here is the list of world’s best futuristic buildings.

Tjuvholmen is an arts and cultural center constructed in 2012 by a famous architect, Renzo Piano. This futuristic building is situated across a harbor of Oslo’s city center. The bridges over the sea link three main buildings of this project- culture center, museum and office space. It also consists of a sculpture park that slopes to the sea. This whole project is developed on a promenade, starting at Aker Brygge. It ends onto a floating deck that allows you to have a unique unending contact with water. If you see this project from above, it looks like a docked spaceship. The amazing view of the unending sea one side and this eye catching futuristic masterpiece on the other will surely mesmerize you.

Perot Museum is a feat of scientific ingenuity spread over an area of 180,000 square foot. It was designed in 2012 by Thom Mayne, a Pritzker Prize winning architect. The main aim of the Morphosis Architects team who built this masterpiece was to provide a perfect blend of urbanization along with green principles. After a lot of hard work this 54 foot building was created. It comprises of unique features like escalators in a glass enclosed tube that directly extends to the outer part of the building. As you move forward you can have an amazing view some drought tolerant plant species on the roofs cape. It also consists of a “Leap Frog Forest” which showcases many glowing amphibians. In dark the aura of this forest is worth seeing.

With the advancement and reputation for speedy growth, it is no surprise that Chinese building is in the top list of futuristic constructions. Designed in 2012, Galaxy Soho Building was a famous work of Zaha Hadid- an Iraqi-British architect. Surprisingly, she was the first woman ever to be awarded by Pritzker Prize. This 18 storey building showcases four domed structures inter-connected by platforms and bridges. It comprises of offices, entertainment and retail complexes. This masterpiece is made of aluminum, glass, stainless steel and stones.

The Crystal is a low rise building of glass. This building constructed and owned by Siemens is among one of the greenest buildings in world. It is spread over an area of 18,000 square meters. It also hosts Urban Sustainability Exhibition, largest in world. The Crystal is situated in Royal Victoria Docks, which is also known to be the Green Enterprise District. The building got its name from its crystalline structure. It is amazing and intelligent blend of a perfect urban world with multiple faces. The London’s Exhibition held here showcased a variety of latest technologies. It included some popular innovations like black water treatment, solar heating, rainwater harvesting, electric cars’ charging stations and many more. Another unique feature of this building is that it has over 2,500 KNX devices. This feature makes it the largest deployer of KNX in a single building.

Summary: If you have always dreamt of sci-fi buildings with breath taking technologies, then have a look at these masterpieces that will take you in a different world.