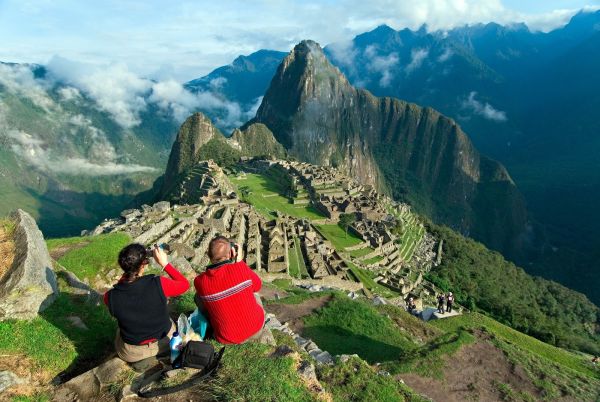 History has given us amazing places to see that are of chronological importance.  The sites represent a great look of human history and civilization. The world is full of unique things including manmade and natural. Below are the famous sites that every traveler must visit for an understanding of the magnificence and skills of civilizations gone by.

Angkor Wat is the famous ancient city located in Cambodia and was the center of the Khmer Empire. The empire is extinct, but the temples and some of the buildings still stand. The Angkor Wat temple was built in 12th century and is the world’s biggest religious temple complex. Spread across 401 acres and almost 700 feet high, it hold the place in Guinness Record for being the largest structure.

The temple Parthenon stands as an amazing structure in Athens, Greece. It was built in 5th century B.C. The surrounding area consists of temples, ruins and buildings and provides a great view of Athens. The structure still stands strong in spite of being destroyed over centuries through various activities.

The Stonehenge is 3,000 years old located near Salisbury, England. The stones used appear to have been sourced from Wales. The stones are arranged in the form of a circle but scholars have so far been unable to identify how the stones could have been transported over such a distance, given the lack of technology in the area. The aim of building this Stonehenge is still not clear and continues to be a mystery. Visitors can walk around it but cannot enter the circle.

Easter Island is located in the Pacific Ocean consists of Moai Statutes that are the only remains of the culture that once lived here. These statues have amazingly carved heads that remind us that the primitive people were not actually primitive. The stones are made of volcanic ash lying on the island that attracts most of the visitors.

George III bought Buckingham Place located in England in 1761. Currently, the palace is the Queen’s official residence and consists of 19 staterooms, ballrooms and gardens. In front of the palace lies the Victoria Memorial that shows the golden statue of Queen Victoria.

The Pyramids at Giza

It has been over 3,000 years that we still do not have any idea how these pyramids were built in such as precise way. The pyramids contains small chamber where no human can crawl in it, it is difficult to imagine how these were constructed. Great pyramid is the largest pyramid among the others and had limited access. Another historical structure lying near to it is the Sphinx in this area, which remains a mystery for the researchers.

Empire state building represents a great art deco skyscraper. It consist of 103 story structure located in Midtown Manhattan, New York City. The building and its street floor interior are considered as landmarks of the New York City Landmarks Preservation Commission. It was the first building to have more than 100 floors.

Machu Picchu is a fascinating site lying in Peru. It is situated on the top of the mountain that is accessible by train or a four day trek. It served as an important cultural center for the Inca Civilization and is known as the lost city of the Incas. In 2007, it was also named as one of the seven wonders of land.

Designed by Irish architect James Hoban, White House is the official residence and the workplace of President of America. The mansion has been made of white painted Aquia sandstone and the construction began in 1793 and was completed  in 1801.

History represents our ancestor way of living and growth of humanity going through various phases. Seeing these historical sites is seeing history and great ancient works.

Best places around the world for winter bird watching

Possibilities of time travel and the amazing theories associated with it