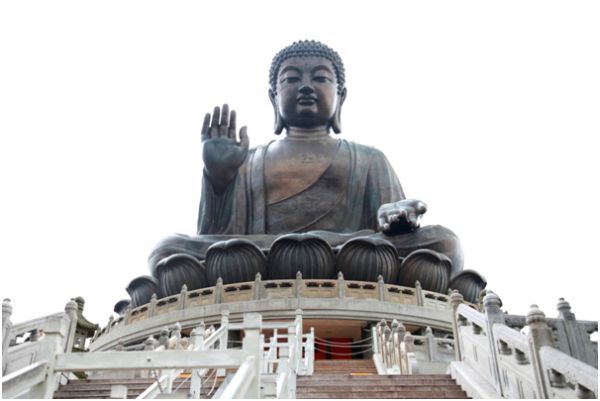 Five marvelous monasteries across the world

Monasteries are peaceful abodes of prayer. Individuals who have left their personal desires and have decided to spend the rest of their lives praying to god stay in the monasteries. This is why some of the monasteries around the world have been erected in desolate spots and on top of mountains. Travelers love to visit monasteries because of their serene beauty, awe-inspiring architectural structure and to feel peace that a hectic city lifestyle cannot offer. Monasteries are also a good place for solo travelers who would like to get away from shallow hedonism for some serious soul searching. In the following, we have listed five most awesome monasteries for interested travelers.

The meaning of the word ‘Meterora’ is ‘middle of the sky’ and this wonderful monastery has literally been built on top of a Grecian Sandstone Pillar located in the scenic Plain of Thessaly. St. Athanasius is the founder of this monastery and it has been declared a UNESCO World Heritage site. The fable tells us that a giant Eagle carried him to the top of the sandstone pillar.  The sandstone pillar is very tall and you have to climb it up. There is no other way of transportation than the stone steps. This monastery was featured in one of the favorite most James Bond movies called “In Your eyes Only”. It was built in the fourteenth century and in those times; ladders and nets were used for transporting goods from the base to the top.

The Buddhist Monastery of Ki is located in the remote Ki village in the lap of the high Himalayan Mountains. This is a famous Tibetan Monastery and travelers even risk climbing the 4,166 meters tall hill for visiting it. The Tibetan monks are trained from a young age in this monastery. The lovely Spiti Valley surrounds the monastery. This Buddhist Monastery has been attacked a great many number of times by the Mongols and other armies.

The Xuan Kong Monastery is commonly known as ‘the Hanging Temple’. It has been built on top of a cliff in the Xuan province of china. You may think that it will be broken if a storm comes because of the thin stilts which supports it. However, it was surprisingly constructed in such a brilliant way that even earthquakes could not damage it. For over 1400 hundred years, it has been standing tall above the cliff. The structural engineers who made it did a great job. They used strong beams and placed them between the rock structures to keep the monastery unharmed for ages.

Built on top of a narrow cliff face that is around 2400 ft tall, the Popa Taungkalat Monastery is only made for the brave hearted travelers. Its close proximity to a dormant volcano makes this monastery even more interesting and fascinating. It is a very famous Buddhist pilgrimage and to reach the top you will have to mount 777 steps. It is the house of 37 Mahagiri Nats.

The orthodox Sumela monastery in Turkey’s Altindere valley has been built on the top of a cliff that is 1200 meters high. The steps that you will be climbing go through the dark forest on the mountains. It was closed down as a monastery in the 1920s but you can still go and visit the museum.

Several monasteries have been built on cliff tops and other weird locations across the word. Reaching these monasteries can be difficult but they offer a unique view and peacefulness.

Five marvelous monasteries across the world was last modified: May 17th, 2014 by admin
acrossFeaturedfourteenthliterallymarvelousmonasteriesToptransportationwonderful
previous post

Best tourist destinations that you must visit in 2014