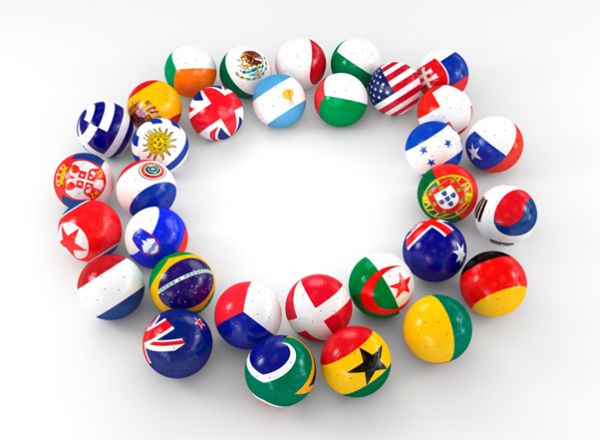 Micro nations are very small sized countries. Due to their small size, they are not taken seriously but you may visit one or two of them in your next holiday. The reasons behind the origination of different micro nations vary greatly. Some of them are just ploys to avoid taxation. A visit to one of the most bizarre micro nations will make you wonder why they were created and if their governments are demented. In the following, you will find a list of the five weirdest micro nations on the earth.

The Pitcairn Island has a very fascinating history. You have probably heard about the Mutiny on the Bounty. The mutineers who brought down the notorious Captain Bligh did not want to return to England. They came to Tahiti and some of them started living in the Pitcairn Island. It is yet to be determined if the Pitcairn Island can be really called a country. It is not under any other nation and treated as a democracy. The very tiny size of the island makes the authorities feel weird calling it a country but you can surely meet some descendents of the mutineers at this strange island.

Who could have thought that a mere school project can turn into a country? Well, that’s exactly what has happened with Molossia. In 1977, Kevin Baugh started a school project that soon became a country and he became the ruler. Kevin aptly calls his bizarre nation a ‘hobby’. He has banned smoking, firearms, incandescent light bulbs, onions, catfish and things produced in Texas. The Republic of Molossia has its own martial laws and constitution. You can get a guided tour of 45 minutes by Kevin himself in exchange of a hefty sum.

One of the most prominent and well-known micro nations on planet earth is the Principality of Hutt River. In 1970, George Caslay established this tiny nation consisting of 75 square kilometers of farmland in the western parts of Australia. A governmental law prevented him from selling his 9900 acres of farmland produce and crops. After a long battle in the courts against the quota system, he found a tort law that allows the British colonies to secede. He declared that he was independent and started calling himself the ‘Royal Highness Prince Leonard’. This micro nation has its own stamp, coins and gives citizenship in exchange of a fee. At present, around 18,000 people reside in this nation; but it still is looking for recognition from the government of Australia.

It was a dream and ambition for Michael Oliver to establish an independent nation. His millionaire status and huge bank balance surely helped him in achieving this dream. He created an island by pouring tons of sand in the reef located between Tonga and New Zealand. He named it the Republic of Minerva. Morris C. Davis was chosen as the president but soon after the Tongan government evicted all the residents from this territory. The South Pacific Forums backed the Tongan government and the dream of Michael Oliver sunk forever.

The famous architect and real estate investor Giorgio Rosa built a 400 square meter long platform in the Adriatic Sea. The platform is located seven miles away from Rimini, a small Italian town. Initially it was a tourist spot with a radio station and fishing pier but Rosa all of a sudden decided to turn it into a nation. He declared independence, calling the platform ‘The Republic of Rose Island’. The suspicious Italian government destroyed the platform soon after this.

Most of the mini nations are a result of weird fascination of people and governments. Some of them lost their autonomy due to legal issues.

Best cruise ships across the globe