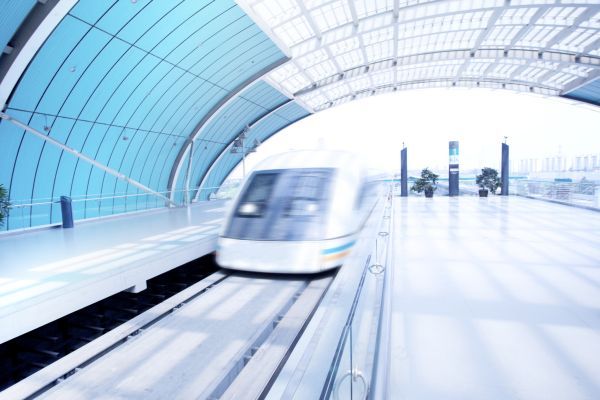 You must have travelled in many fast cars reaching top speed of many miles an hour. But ever wondered how amazing this journey would if you travel much faster than any race cars and that on rail. Yes, we are talking about the high speed rails in world that will surely satisfy your need for speed. Here is the list of some of the fastest trains in the world.

Have you ever wondered what if a train runs faster than any sports car? Shanghai Maglev Train is the world’s fastest train running on a 19 miles track situated between Longyang Road station and Pudong International Airport. This is the fastest commercial train and works on the principle of magnetic levitation. The average speed of this master piece is more than any Formula One or NASCAR car. If you are more interested in technology rather than speed then you can visit Maglev Museum where the train’s technology is discussed.

In a span of decade China has emerged as the most advance and fastest rail in world. China has managed to develop world’s top fastest trains in a short span of time. China has a total rail network of around 5,800 miles with serving more than half a billion passengers annually. Another gem in the Chinese rail network is the CRH380 which is capable of reaching a top speed of 303 miles per hour. The daily average speed of this amazing marvel is 217 miles per hour. This train basically operates on 4 different routes including Shanghai, Wuhan, Guangzhou, Wuhan and Hangzhou. If you always wanted in a super car and wanted to experience how it feels like then this train is just for you.

Many of us know that Germany is mainly famous to make big high end machinery and make fast train for other countries. After many legal battles over a decade with environmentalists and many other groups, Germany finally launched its fastest train. It took Germany almost a decade to come up with all these legal battles and stand firm on its own ground. The Inter City Express of Germany is among the fastest trains in the world. Reaching a top speed of 229 miles per hour, this train runs between Munich and Nuremberg and Frankfurt and Cologne. Many more high lines are under the process of construction.

You all have heard about the famous Bullet Trains of Japan. They were built to break all the records of high speed rails. As Japan has always taken high speed rails as an important issue, they developed a high speed train that is faster than any Bullet Trains. The Shinkansen E5 also known as Duck-Billed Platypus is famous for its shape. It has a duck like distinctive nose. This train runs on a 419 miles long track. It covers Tohoku route that serves between Tokyo and Aomori. This is located at north end of Honshu Island. E5 is also famous for its luxurious interiors. These interiors include a lavish touch of Leather shell chairs made of Gran Class. These chairs can be power reclined at 45 degrees.

Summary: If you have always watched Formula One and NASCAR cars flying on roads then now it’s your turn to feel that speed in these fastest trains in the world. This speed will surely make your trip memorable.