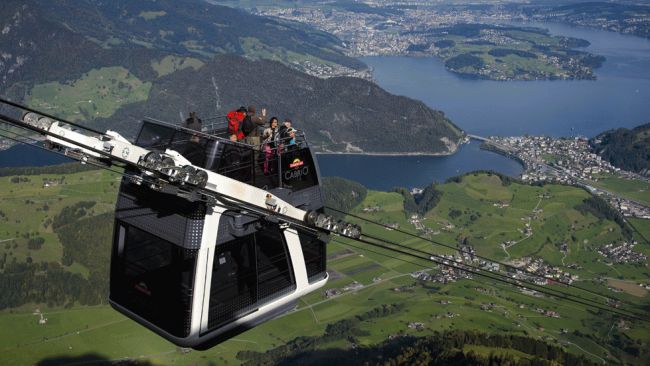 Most amazing cable cars in the world

This transport system takes visitors to completely new heights. These are the medium of mass transit with the help of hanging cables. High altitude places or other places close to natural habitat use this transport. It does not damage environment and gives you an amazing view from top adding amazing experience to your trip. Here the some of the world’s best cable cars that can show you some eye catching views.

Zacatecas cable car of Mexico is the major sightseeing medium here. This cable car ride is active since 1979 and one of the most favourite tourist attractions. This 650 meters long cable ride crosses the city in just few minutes. After reaching some height, you can have a spectacular panoramic view of the city. This Swiss made cable car has all modern security features having two main stations, one at the starting and other at the ending. The Cerro Del Grillo is at the starting and Cerro de la Bufa at upper end. One capsule can carry 10-14 people at one time.

The Sugarloaf cable car of Rio de Janeiro in Brazil is among the best and most renowned tourist attraction. Opened in 1912, this ride has served around 37 million tourists until now. The ride is divided in two stages. The first stage involves ride from Red Beach to Urca Hill at a height of 220 meters. The second stage is from Urca Hill to Sugarloaf Mountain at a height of 528 meters.  The average speed of cable car is 225 Kilometres per hour carrying around 65 passengers in one capsule. This cable car gives you a fantastic and jaw dropping 360 degrees view from top. This ride is considered one of the safest in world.

This is one of the most famous cable car rides in Venezuela. The starting point of this ride is located in Merida city, which is at a height of 1,640 meters. The ending point is on Pico Espejo at a height of 4,765 meters. This cable car ride was made in 1960 and was closed in 2008. Merida cable car is world’s largest and highest cable car in world. It serves on a path of total length of 12.5 kilometres with an average speed of 18 kilometres per hour. Each section has two lanes for transit and this cable car can transport 36 passengers in one capsule.

The Peak Tramway is a railway in Hong Kong meant for both tourists and local residents of hill region of this island. It starts from Central District and goes all the way up to Victoria Peak. This Tram service is a property of Hong Kong and Shanghai Hotels Group. This Tram is a fun ride that takes you to the top by going through lush green forests and this ride is much like of an amusement park with many ups and downs. The total length of this ride is 1,364 meters with transiting up to 120 passengers per train set.

Genting Skyway a type of gondola ride is the fastest cable car in world. This cable car located in Malaysia has the longest path in whole Southeast Asia. The end point of this ride is Genting Highland Resort built at a height of 6,650 feet. It has all entertainments like hotels, casino, theme park and shops.  This Skyway made in 1997 can transit more than 2000 people in just one hour with an average speed of 21.6 kilometres per hour. The total path is of 3.38 kilometres. The Skyway is equipped with some high end technology according to Swiss safety regulations

If you want to experience the world above the clouds and witness some spectacular bird eye view, do travel in these cable cars. So hurry up and plan your vacation to these spots.

Most amazing caves you should not miss