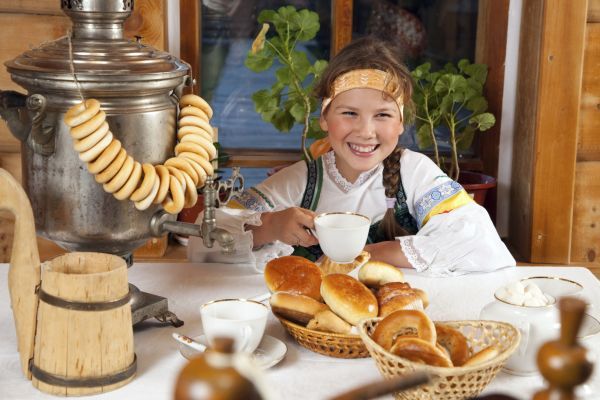 Most famous tea customs across world

If you are a tea lover traveler, then you just cannot resist different tea customs followed in different parts of the world. As soon as you change a territory, you can also sense the change in customs. Tea is a main beverage in all parts of the world and is a symbol of their culture and tradition originating in China. Here is the list of top tea customs that you just can’t resist.

Tea in United Kingdom is often considered as a part of drinks as well as a meal. This situation is the after effect of some fragments of history. The idea of tea was brought in 17th century in United Kingdom. Evening tea was introduced in UK as filler in between breakfast and evening meal. This is how tea was adopted as evening meal.  After China, UK is largest consumer of tea all over the world.

Samovar used in preparation of tea is exclusively a part Russian tea. Since 17th century, Samovar, a discovery by Mongolians, has extensively been in use in Russia. Samovar comprises of a teapot along with a water heater. Russians have a unique custom to serve tea. When tea is prepared, it is poured in a dish above samovar. When they want to have tea then they dilute this earlier prepared tea with boiling water in samovar.

If you are ever planning a visit to Japan and you love to drink black tea then it will be a disappointment for you. Japan people prefer Green tea to Black tea. They mix only negligible amount of sugar in it. For them green tea is so important that they have opened some Schools of customs and etiquette just to teach its value and method of preparation. Earlier Buddhist monks developed the culture of Japanese tea famously known as “Chado”. The rituals of tea ceremony mainly consist of serving the guests with two teas, Koicha – the thicker tea and Usucha – the lighter tea.

If Morocco is next in your travel destination then get ready to have a taste of world’s renowned green tea of Morocco. They prepare green tea by blending the flavor of mint with sugar. The Englishmen first served tea in 18th century to the Morocco people. Morocco is the first country worldwide to import green tea. The Moroccan way of serving tea involves pouring tea from a pot to a glass from some height.

You have always tasted sugar in your tea but there is a place in world where people put salt instead of sugar. Is it Strange? Tibetan people have developed a distinct taste for tea, which includes milk from Yaks. Yaks are always a main transport medium for Tibetan people and are used by local for their sustenance as well. Yak milk here is used to make Tibetan tea also known as ‘Po Cha’.  Tea is prepared by churning traditional tea brick in addition to milk, butter and salt.

The Chinese Tea has a long history and is been enjoyed since 2000 BC. Chinese Tea, also known as “Gongfu Cha,” is a main rival of Japanese Tea and is symbol of elegance and traditions. What makes Chinese Tea well liked is its preference to tea bricks rather than leaves. The tea bricks were by pressing dry leaves together. To prepare this tea first the tea brick is seasoned and then added to salt water. After some time when it is infused then it is poured in cups having milk with flavored onions.

Throughout history, many areas have built their own customs and traditions for preparing tea. So enjoy this most popular drink in the world with the love of different traditions.

Best Carnivals that will let you go Crazy