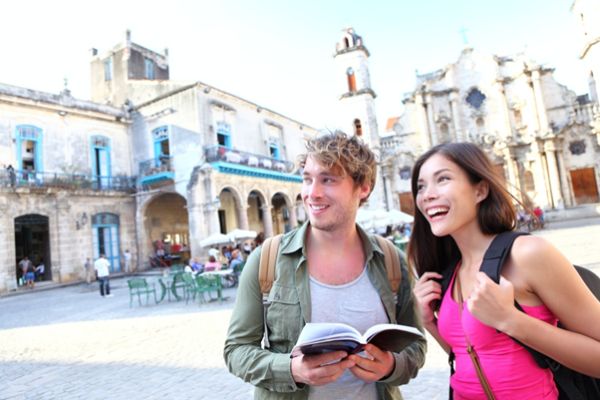 The world is full of contrasts. Not all parts of the world have progressed equally. There are some countries, which have left others behind in development in different arenas. The development and progress of countries is measured with the help of Human Development Index or HDI. It may range from very high to low for different countries. The standard of living of the citizens, financial condition, overall progress of economy and many other factors are considered carefully for determining the HDI of countries. Some consider this an inaccurate technique of finding the level of progress made by countries but is no doubt effective. In this article, you will find out the most highly developed countries in the world.

The Human Development Index Score of Norway is 0.943 and it is higher than all the other countries. The main reason of this is definitely the high level of educational development and high employment rate. The progress of a country depends on the public of the nation. Most of the people residing in Norway are well qualified and have good, stable jobs and homes. Norway is one of the founding members of NATO and it is a part of the United Nations, WTO and OECD. It is one of the biggest oil exporters in the world. Norway has a huge amount of natural gas, lumber, minerals, seafood and freshwater reserve, ensuring phenomenal progress of the nation.

Another very well developed country is Australia, which has a HDI score of 0.929. It is the fifth highest per capita income of around $40,836. The citizens of Australia lead a happy and comfortable life and get all the educational resources to progress in life. With 100% literacy rate and great healthcare facilities, Australia acquires its current position. The 22.7 million people of this country are continuously making progress and have happy households. Australia has also helped in maintaining the biodiversity of the native regions. The tourism of Australia has also improved in the past few years. The average life expectancy of people who live here is 81.2 years. You can visit many wonderful cities and regions in Australia to have an exceptional experience.

The United Netherlands or Holland is another really well developed country, which has the high HDI score of 0.910. The development of this country has been possible due to the high rate of literacy and very low rate of unemployment. The Prime Minister Mark Rutte has done a great job. Netherlands has always been very progressive and it has taken an important role in the formation of organizations like NATO, EU, WTO and OECD. Holland essentially is a constitutional monarchy but at the same time, the government can be described as a representative democracy in nature. The GDP of this country is $832.160 billion. The gross life expectancy of the citizens is 79.8 years.

The Human Development Index score of USA is 0.910. This is a highly developed country with the largest GDP of $15 trillion. It is one of the major leaders among the developed countries, which have a rich cultural and developmental history. USA has always extended a helping hand towards poorer countries. However, the high price of healthcare and education and the growing rate of unemployment have created serious impediments in its way of progress.

Canada is a very advanced and economically well-off country with a HDI score of 0.908. It has a parliamentary democracy and a constitutional monarchy as well. Their relationship with the United Kingdom is age old and very strong. The country has two national anthems. The GDP per capita in Canada is an approximate $51,147 and the free healthcare system helps citizens get timely treatments.

The highly developed countries in the world have progressed mainly due to the high rate of literacy and employment opportunities. The people of these countries are more contented, thanks to their responsible governments.

Most famous tea customs across world

Five startling destinations from the US Travel Advisory List