Home Off Beat The prospect of space travel in next century 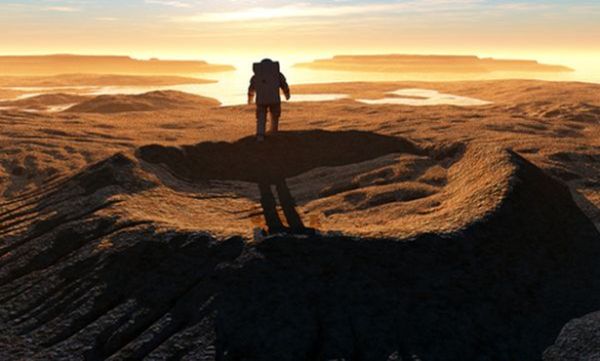 Taking a vacation in another solar system

Sci-fi movies show people popping over to planets in other solar systems as if it was an excursion to the beach. Can this happen and if so, when?

The sheer size of the universe is, quite simply put, beyond human understanding.

What is a solar system?

In simplistic terms, a solar system consists of a star (sun) with any number of planets that orbit it.

The furthest any man-made object has travelled is Voyager 1, launched on September 5, 1977. In 36 years it covered 11 billion miles at a speed of 35 000 miles per hour and has only recently (2012) left our solar system. At its current distance, it takes a radio wave 17 hours to reach earth, not quite sufficient to have a decent conversation. It weighs 1 592 pounds and of course, was unmanned.

The speed of light

The next solar system

The nearest star is Alpha Centauri, a mere 4.5 light years away, that is 4.5 times 5.87849981 × 1012 miles. Given the speed of Voyager 1 of 9.72 miles per second, it will take 86 000 years (roughly 3 400 generations) to reach our closest neighbor. Remember that the entire history of Homo sapiens is only 70 000 years. I hope my maths is right. Suffice it to say, it will take a very, very long time. Of course, as luck would have it, you would travel all the way there only to find that none of Alpha Centauri’s eleven planets is conducive to harboring life.

Would such a journey be possible?

Given today’s technology, no. The speed is far too slow. Assuming my maths is correct, it would simply take too long.

Regardless of technology used and due to the length of time it will take, one would need to provide for procreation for a sizeable population to prevent inbreeding. It will therefore mean a substantially larger craft that the Voyager 1, further impacting on energy and food requirements.

There needs to be an energy source other than sunlight as you would be too far, for most of the journey, from either of the suns to utilize solar energy. An alternative is nuclear energy which would certainly last the distance.

Obvious requirements to survive would include water and oxygen.

What would be the solution?

Will it ever be possible?

Who knows? Technology has developed more in the past 50 years than collectively in the entire history of mankind. In the meanwhile, don’t start packing for your Alpha Centauri trip just yet.