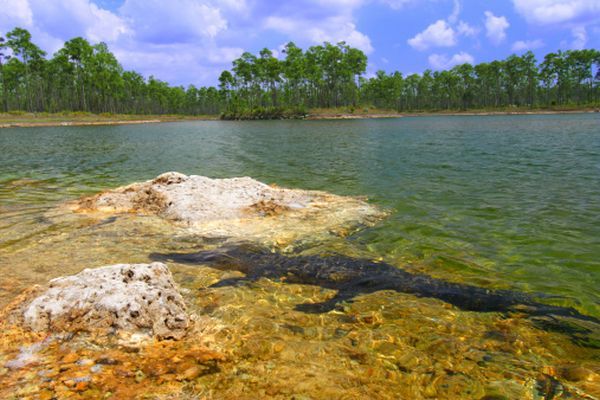 Five natural wonders that you have to hurry to see

Global warming and pollution has threatened many of the regions on earth famous for their natural splendor and beauty. According to environmental surveys in about some 30 to 50 years, a lot of change will take place in our world. Scientists and environmentalists have predicted that the Great Barrier Reef will become bleached and the North Pole will melt and raise the water level of earth soon. Many of earth’s flora and fauna species will become extinct.

Many of our world’s natural heritage sites have become vulnerable to pollution and the rising temperature. As a result, travelers are flocking to these destinations to behold the natural beauties before they perish. In the following, we have listed five of the best natural wonders on earth that you must see before they become victims of calamity.

Belize Barrier Reef is considered one of the most diverse reef ecosystems of the world. Some special species like whale sharks, rays and manatees, conch, sturgeon, spiny lobsters are found here. The Great Barrier Reef in Australia and the Belize Barrier Reef are under the same threat of extinction. The seven hundred mile long reef is spread from Mexico to Honduras. Due to toxin accumulation and bleaching, about 50% of the precious coral have been damaged in several parts of the beautiful reef. The development of the coastal areas, rise in agricultural pollution, global warming and the large number of reckless tourists are the reasons of the decline of this reef. During your trip you will be able to behold the beauty of local rainforest and stay in one of the reef islands.

The tropical rainforests have helped our race thrive and prosper for ages. The rainforest of Congo Basin is one of richest source of our atmosphere’s oxygen. Oxygen is vital for sustaining life on earth. Apart from purifying air, the Congo Basin also gives us food, medicines, and minerals. By 2040, most of its unique flora and fauna can become extinct due to global warming and pollution. Stricter measures have to be implemented for protecting the bio-diversity of the second largest rainforest of earth. You can still visit the Loango National Park situated near Gabon.

The Everglades are famous for many reasons and one of them is its crocodile and alligator population. It consists of cypress swamps, mangroves, pine savannahs and sawgrass spread over 2.5 million acres. According to various reports, around 60% of the water from this wetland is being diverted to the cities for fulfilling urban necessities. The spread of development has not spared this wetland. Pollution from nearby cities and agricultural farms are the main threat for this natural wonder. The Everglades has already shrunk in size and it may disappear altogether in future. You may enjoy the five-day eco tours arranged by the Environmental Adventure Company here.

Madagascar has unique flora and fauna most of which cannot be found anywhere else in the world. It has been alienated from the main land and the nature has stayed undisturbed for thousands of years. Now the island is being threatened by pollution, reckless logging, burning of plantations, and poaching. The twenty different lemur species of this island is being threatened by pollution and poaching. Take the help of experienced tourism operators for responsible tourism in this island.

A trip to the Yangtze River basin can be really rewarding as you may get to see giant pandas, Yangtze finless porpoises, dwarf blue sheep and Siberian crane. The Three Gorges River Dam may prove to be one of the biggest threats to the Yangtze River Basin. Bad sewage system, agricultural and industrial pollution, clearing the forest is the main threats for this river basin. You should visit Foping National Nature Preserve and terra cotta warriors of this region.

The natural wonders of the world are some of the best destinations because they will make you aware of the dire condition of environment. You should take the help of responsible tour operators for traveling to these destinations.

Five fascinating spots of the world for eco-conscious travelers