Australia is surrounded by Pacific and Indian Ocean. It has world class cities like Melbourne and Sydney, a multicultural society and many industries yet what attracts people the most and has a great impact is the beauty of the country and the stunning landscapes. The entire country is surrounded by very attractive flora and fauna and the country is best known for it. The natural wonders of Australia don’t limit itself to six, seven or eight wonders like other countries as the list is just never ending and will surely take one’s breath away.

The following are the top five natural wonders of Australia one should never miss to witness in their lifetime. 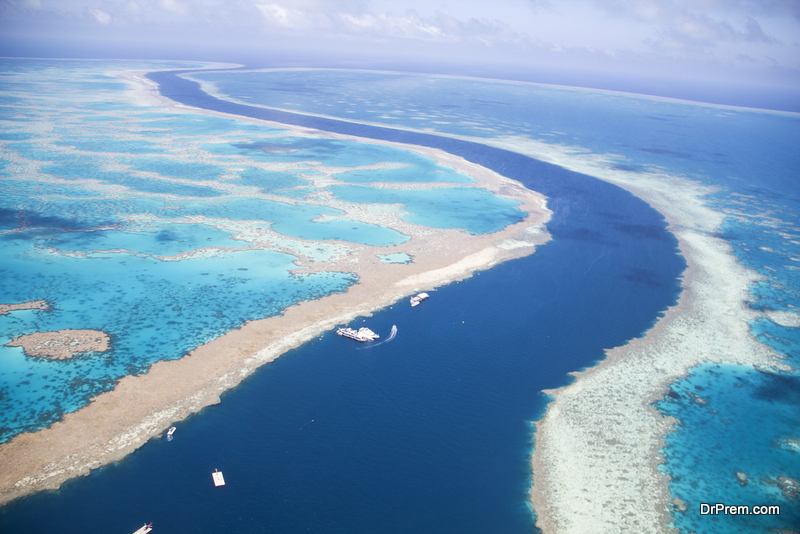 The Great Barrier Reef located in Queensland, Australia is the world’s largest coral reef system and is regarded as one of the seven wonders of the world by CNN. All that one can find here are millions of Coral polpys. The great Barrier Reef is comprised of more than 900 islands and 3,000 individual reefs. The best thing about great barrier reef is that it can be seen even from the outer space and is often regarded as the world’s biggest structure which had been made by living organisms 25 million years ago. This is a home for many vulnerable and endangered species. The Great Barrier Reef has been long known and considered sacred to the Aboriginal people of Australia.

It is located at the Grampians National Park. MacKenzie Falls provides one an opportunity to witness the multiple cascades of flowing river then eventually ends up in the most gorgeous MacKenzie Falls. The MacKenzie Falls Bluff lookout walk basically gives the view of the falls and the river from high above the gorge. The MacKenzie Base walk is very steep and slippery. The waterfalls flow throughout the year. The path to the falls is quite steep but the view that awaits at the end is spectacular. This waterfall ought to be on everyone’s list.

Daintree River and forest is situated in Far North Queensland, Australia. It is basically a river that is surrounded by tropical rain forests entirely. It is now primarily a tourist attraction. The rainforest represents the origin of Australian flora and it is very complex. It is also a home for a huge variety of fauna. There are over 12,500 species of insects in the Daintree forest. The main reason why Daintree river and forest stands out is because the Daintree region is a combination of tropical rain forests, white sandy beaches and reefs just offshore which is rare.

The Pinnacles are located in Nambung National Park, Western Australia. The pinnacles were unknown to Australians till the year 1967. Later it combined as reserve with Nambung national park and that is when it started gaining tourist attraction. The Pinnacles are limestone formations that actually came up from the seashells and they all are several metres tall and found in thousands.  They were formed 30,000 years ago. The Pinnacles look the best during the time of sunrise and sunset. All that one can find here are animals like Kangaroos, Baudin’s black cockatoos and emus and reptiles such as carpet pythons and bobtails. The best time to visit the pinnacles is during the month of August and October. 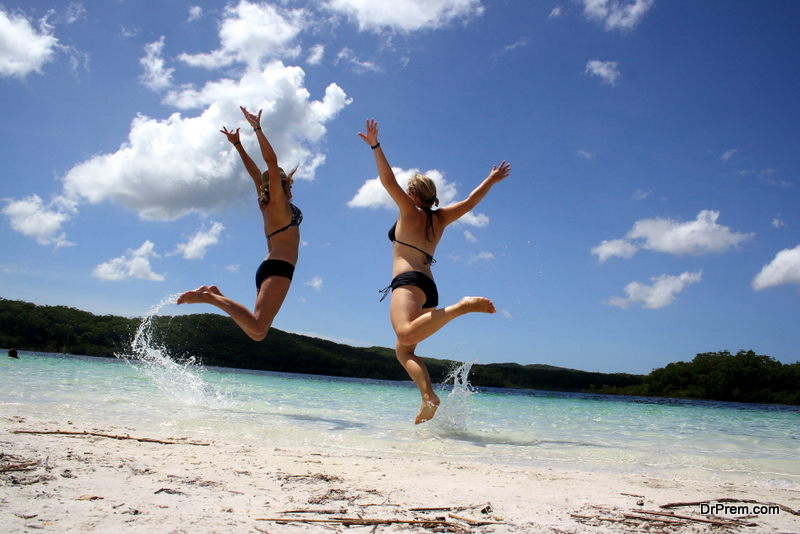 Fraser Island which is located in the state of Queensland is considered as the largest sand island in the world. This island is popularly known as Great Sandy Island. There are more than 100 fresh water lakes in Fraser Island and some of them are the cleanest in the world. The climate here is generally mild and not at extremes at any point of time. The island literally has everything from rainforests, mangrove forest, and eucalyptus woodland to sand dunes and coastal health. A huge variety of mammals, reptiles, amphibians, birds can be found here. More than 900 species of flora are found here as well. It is considered a world heritage site as it constantly keeps moving and evolving.