Home Off Beat Five most unusual borders across the world 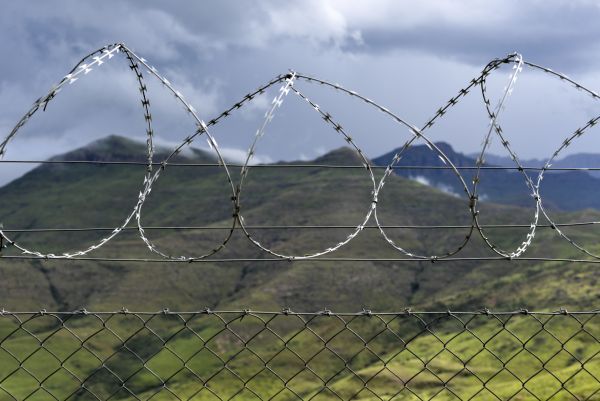 Five most unusual borders across the world

Borders are the imaginary lines to separate two countries or states, marking the end of one country and the beginning of another. You may have passed several borders during road trips and found nothing special other than signboards welcoming you to a different state or country and maybe a check post. There are actually some very interesting borders around the world worth a visit.

In some regions, the borders are not just unusual or interesting but also dangerous due to political turmoil or the relationship between the countries. Some other borders are completely safe to visit and unusual due to other reasons. In the following, we have listed five most bizarre borders around the world that you can visit safely.

If you travel to the Bering Strait, you will find two separate islands by the name of Diomedes. These islands are the border between America and Asia. Americans inhabit one of them and another is under Russia. The American City of Diomedes is located in the island named Little Diomedes, which is inhabited by just around 146 people. The gap between Big Diomedes and Little Diomedes is only an approximate 2.5 km. The International Date Line has passed between these two islands. If you stand in Little Diomedes and look across to the Big Diomedes, you will see the future due to the huge difference in time.

In the northeastern parts of Asia, there is a river by the name Tumen. It passes through the border between Russia and North Korea. It flows over a region that is in the Southern parts of the Lake Khasan, between the two countries and actually belongs to China. From North Korea if you start walking northwards and cross this region, you will reach Russia easily after walking for a mere half mile.

Derby Line is the border between USA and Canada that has passed straight through the town of same name. The Derby Line has passed through many houses and busy roads. It is a very funny and weird destination as some people cook their meals in one country and eat them at another literally everyday. The Haskell Free Library and Opera House are both situated on the Derby Line. The stage of the Opera house falls in Canada and the doors and seats are in America.

Ceuta is an Exclave of North Africa that is surrounded by Morocco. It is an autonomously ruled city in Spain but no more than 18.5 square kilometer. The Strait of Gibraltar separates it from the Iberian Peninsula. The Exclave of Ceuta is located alongside the Mediterranean Sea and Atlantic Ocean. Morocco has laid claim on Ceuta and another Spanish city called Melilla. To protect these two cities from the Moroccan clutch Spain has erected a high wall in defense. It is a nice place to visit as different cultures have come closer due to the border confusion.

The bizarre and unusual borders around the world are visited by daring travelers all year round. The story of their origin is as interesting as the places around it.